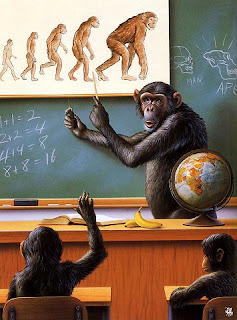 
A new study, published this week in Proceedings of the National Academy of Sciences, combined for the first time data from short periods such as 10-100 years with much longer evidence found in the fossil record over millions of years.

It determined that rapid changes in local populations often don’t continue, stand the test of time or spread through a species.

In other words, just because humans are two or three inches taller now than they were 200 years ago, it doesn’t mean that process will continue and we’ll be two or three feet taller in 2,000 years. Or even as tall in one million years as we are now.

“Rapid evolution is clearly a reality over fairly short time periods, sometimes just a few generations,” said Josef Uyeda, lead author of the study and a zoologist at Oregon State University. “But those rapid changes do not always persist and may be confined to small populations. For reasons that are not completely clear, the data show the long-term dynamics of evolution to be quite slow.”

Across a broad range of species, the research found that for a major change to persist and for changes to accumulate, it took about one million years. The researchers wrote that this occurred repeatedly in a “remarkably consistent pattern.”

The human race, as Homo sapiens, has existed for about 200,000 years, about one fifth of the magic million year threshold for stability.  I guess that makes us a work in progress...
Posted by Fritz at 7:46 PM