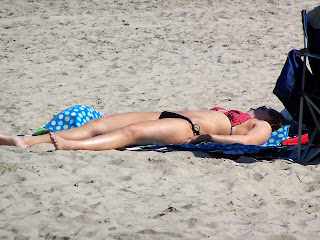 I mean more than any other pleasurable activity?  Maybe...


People who frequently use tanning beds experience changes in brain activity during their tanning sessions that mimic the patterns of drug addiction, new research shows.

Scientists have suspected for some time that frequent exposure to ultraviolet radiation has the potential to become addictive, but the new research is the first to actually peer inside the brains of people as they lay in tanning beds. 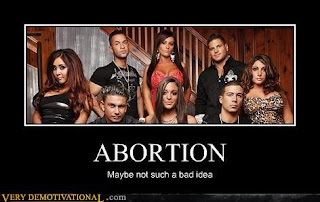 One thing I've noticed here in Pismo this week is that there are relatively few serious sunbathers and you see many less people with the deep crinkly tans that were more common a few years ago.  I guess the education campaign against sun worship has many convinced that it's crazy.


A study in 2005 did show that a large proportion of sunbathers met the psychiatric definition of a substance abuse disorder, based on their answers to a variation of a test often used to help diagnose alcohol addiction.

But Dr. Adinoff and his colleagues decided to go a step further. They recruited a small group of people from tanning salons who said that they liked to tan at least three times a week and that maintaining a tan was important to them. The frequent tanners agreed to be injected with a radioisotope that allowed researchers to monitor how tanning affected their brain activity.

On one occasion, the study subjects experienced a normal tanning session. But on another occasion, the researchers used a special filter that blocked only the UV light, although the tanners weren’t told of the change. Brain images later showed that during regular tanning sessions, when the study subjects were exposed to UV rays, several key areas of the brain lighted up. Among those areas were the dorsal striatum, the left anterior insula and part of the orbitofrontal cortex – all areas that have been implicated in addiction. But when the UV light was filtered out, those areas of the brain showed far less activity.

The researchers also found evidence that the tanners appeared to know — on a subconscious level, at least — when they had undergone sham tanning sessions and not received their usual dose of UV rays. The tanners, questioned after each session, expressed less desire to tan after the real sessions, indicating they had gotten their fill. But on days when the tanners were unknowingly deprived of the UV rays, their desire to tan after the session remained as high as it was before the session began.

Yes, the brain is a weird and wild place.  Not all of what we know, we know consciously.