The Buck Doesn't Even Slow Down As It Whizzes By: 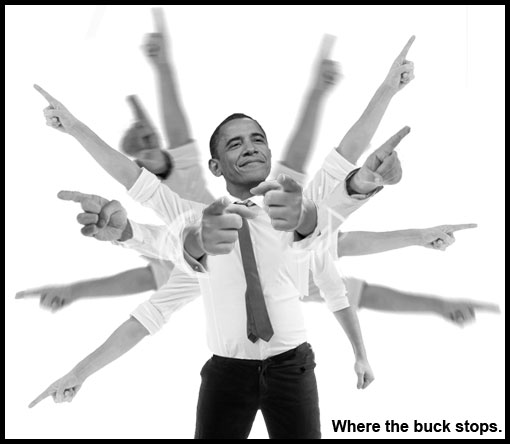 As AllahPundit points out, this isn't entirely false:


...in theory, the more people hate “Washington” generally, the more all relevant players should suffer — but it’s astounding to think this is the same guy who swore up and down on the trail that he was going to transform the way D.C. does business. Three years ago his message was, “Elect me and strike a blow for hope.” Now his message is, “Reelect me because Congress is hopeless.” Now that’s Change.

But, hey, you wanted the job.  Responsibility goes with the job.  Grow up to it or get out.