Put a Gator in Your Tank

Alligator Fat as a New Source of Biodiesel Fuel


Amid growing concern that using soybeans and other food crops to produce biodiesel fuel will raise the price of food, scientists have identified a new and unlikely raw material for the fuel: Alligator fat. Their report documenting gator fat's suitability for biofuel production appears in ACS' journal Industrial & Engineering Chemistry Research.

Rakesh Bajpai and colleagues note that most of the 700 million gallons of biodiesel produced in the United States (2008 data) came from soybean oil...
They showed in laboratory experiments that extracted oil from alligator fat can easily be converted into biodiesel. The oil actually was more suitable for biodiesel production than oil from some other animal fats. The gator biodiesel was similar in composition to biodiesel from soybeans, and met nearly all of the official standards for high quality biodiesel.

It would be more fitting if they could use alligators to make bio-gasoline so those guys on "Swamp People" or whatever that show is could squeeze the gators to get gas for the outboards they use to hunt the gators.

Do I seem like I'm not taking this very seriously?  Well, I'm not.  I don't foresee using alligators as a significant  source of bio-diesel, and neither do the scientists carrying out the study.  If anything, they're merely making the point that you can squeeze burnable oil out damn near anything living.  Hey, how about another "Swamp People?" 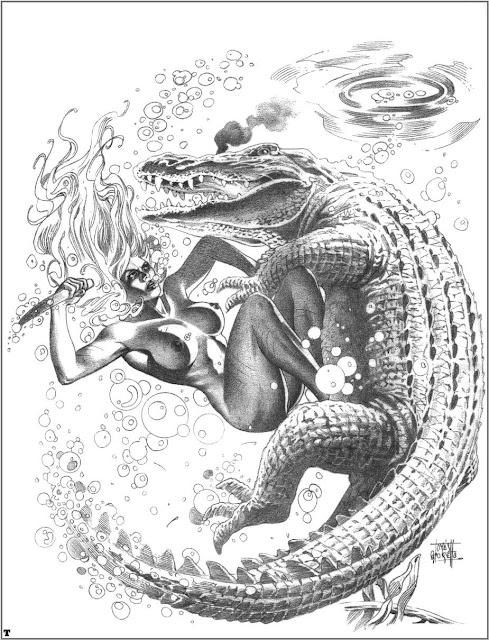