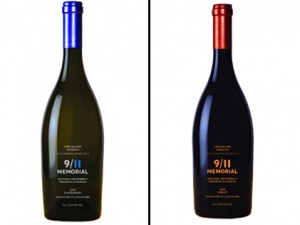 
According to the Los Angeles Times, the winery plans to give between 6 and 10 percent of the proceeds from sales to the September 11 Memorial and Museum. That amounts to a donation of $1.15 to $1.91 per bottle.

In addition, Lieb Family Cellars is also offering the September Mission Merlot as part of its “Great Wines For Good Causes” lineup. The Merlot sells for $9.11 per bottle, with 91.1 cents being donated to the September’s Mission Foundation, according to the company’s website.

I'm looking forward to Holocaust themed wine...
Posted by Fritz at 7:08 AM