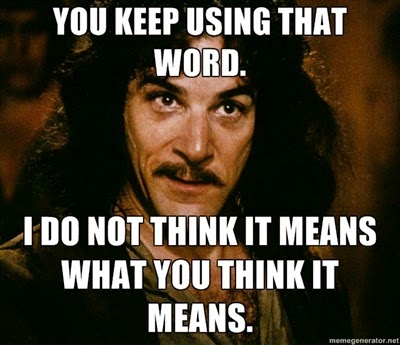 And let’s not forget about all the arrests. There’s a serious amount of dissonance going on in this NY Times article written by Sheryl Gay Stolberg and Stephen Babcock

OK, the headline, which is most likely written by an editor, says “chaos”


A largely peaceful protest over the death of Freddie Gray, a 25-year-old black man who suffered a spinal cord injury in police custody, gave way to scattered scenes of chaos here on Saturday night, as demonstrators smashed a downtown storefront window, threw rocks and bottles and damaged police cruisers, while officers in riot gear broke up skirmishes and made 12 arrests near Camden Yards.


Perhaps someone in the Credentialed Media could explain why, exactly, they love using the phrase “largely peaceful”, when it is anything by? (Of course, were this a Right leaning gathering, they’d immediately deem it a riot)


Hours earlier, a racially diverse and mostly calm crowd of hundreds — and by some estimates more than 1,000 — marched through the streets, clogging intersections, carrying signs and shouting, “All night, all day, we’re gonna fight for Freddie Gray!” They made their way from the Gilmor Homes — the squat brick public West Baltimore housing development where Mr. Gray was arrested on April 12 — through the sparkling downtown harbor, a major tourist attraction here, before assembling on a plaza at City Hall.
There, Malik Shabazz, president of Black Lawyers for Justice, a Washington, D.C.-based group that called for the demonstration and advertised it on social media, told the crowd that he would release them in an hour, adding: “Shut it down if you want to! Shut it down!”

Hmm, yelling about fighting to people who were already worked up, and telling them to shut it down. (Were this a conservative crowd, the media would tell us how this was a call for violence) . . .

What the mainstream liberal media means by "Mostly Peaceful Protest" is a protest that supports their world view, which resulted in some violence by minority of their side.

When the Tea Party, or similar conservative group gets together in public it is always portrayed as an angry mob, which just happens to pick of all it garbage on the way out.

How "largely peaceful" was it? The Baltimore Police mobilized 1,200 officers, and held the people attending the ball game in Camden Yards in the stadium for some time, to keep them separated from the angry mob.

The World Barack Obama and Eric Holder Have Made: Baltimore, 2015:You voted for it, America. And now you're going to get it, good and hard.

Has this lovely video of yesterday's "largely peaceful" protest: