Yellowstone super-volcano has 4x more magma than once thought


From the University of Utah and the “game over if it blows” department:


In a big eruption, Yellowstone would eject 1,000 times as much material as the 1980 Mount St. Helens eruption. This would be a disaster felt on a global scale, which is why scientists are looking at this thing closely. 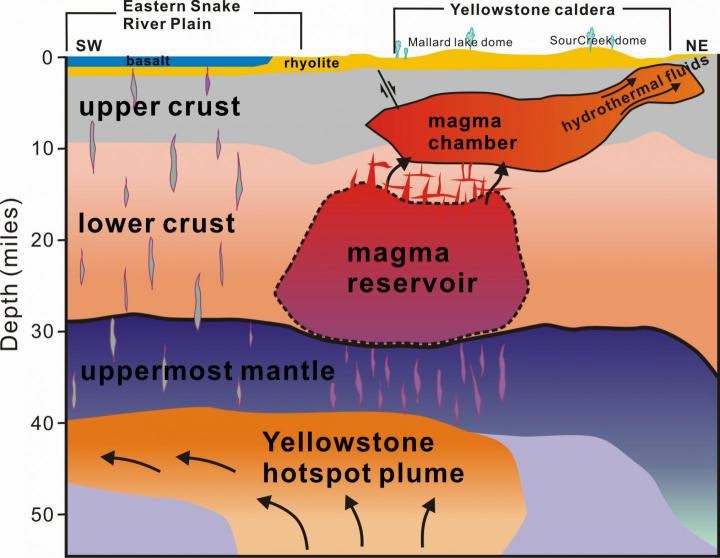 Gaea doesn't love you; in fact, she's utterly indifferent to your existence. The good news is that it doesn't appear that Yellowstone is currently ready to bury most of the United States under a blanket of volcanic ash:


The researchers emphasize that Yellowstone’s plumbing system is no larger – nor closer to erupting – than before, only that they now have used advanced techniques to make a complete image of the system that carries hot and partly molten rock upward from the top of the Yellowstone hotspot plume – about 40 miles beneath the surface – to the magma reservoir and the magma chamber above it.

“The magma chamber and reservoir are not getting any bigger than they have been, it’s just that we can see them better now using new techniques,” Farrell says.