The short version is that the D.C. Metropolitan Police Department warned NBC News that it could not possess an actual high-capacity magazine, but NBC News went ahead and did it anyway. The MPD recommended a warrant for Gregory’s arrest, but that request was nixed by the D.C. Attorney General Irvin Nathan because — my paraphrase — Gregory was just too nice a guy and had no other criminal intent.

That attitude stood in stark contrast to the D.C. Attorney General’s vigorous prosecution of other lesser-known people who also were nice people and had no other criminal intent, but violated D.C.’s gun laws.

We served a Freedom of Information Act request but D.C. held back numerous documents. So we filed suit.

We were assisted by attorneys Jim Peterson and Ramona Cotca of Judicial Watch, who did a great job. Everybody give them a round of applause.

D.C. eventually produced more documents, but refused to give us the Arrest Warrant Affidavit. We eventually won a court decision, and today D.C. produced the Affidavit, with some personal information redacted. (Affidavit Below)

The Affidavit demonstrates the facts as to NBC News’ open defiance of the law. This was no innocent error. Yet no prosecution.

Here is an excerpt from the Affidavit: 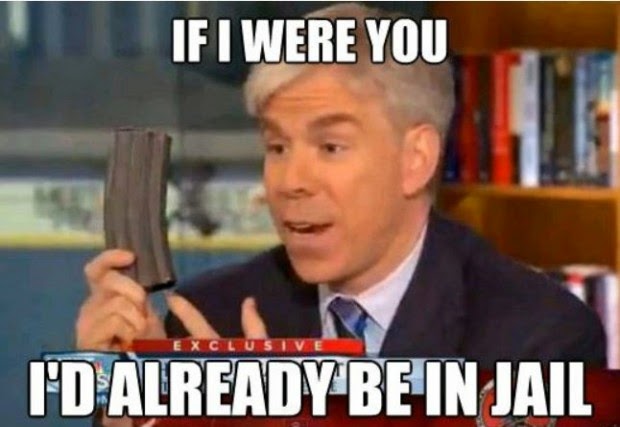 If the law isn't applied equally, there is no justice. Enforce it or repeal it. Personally, I think it should be repealed.
Posted by Fritz at 7:24 PM