Birds and Fossils at the Beach 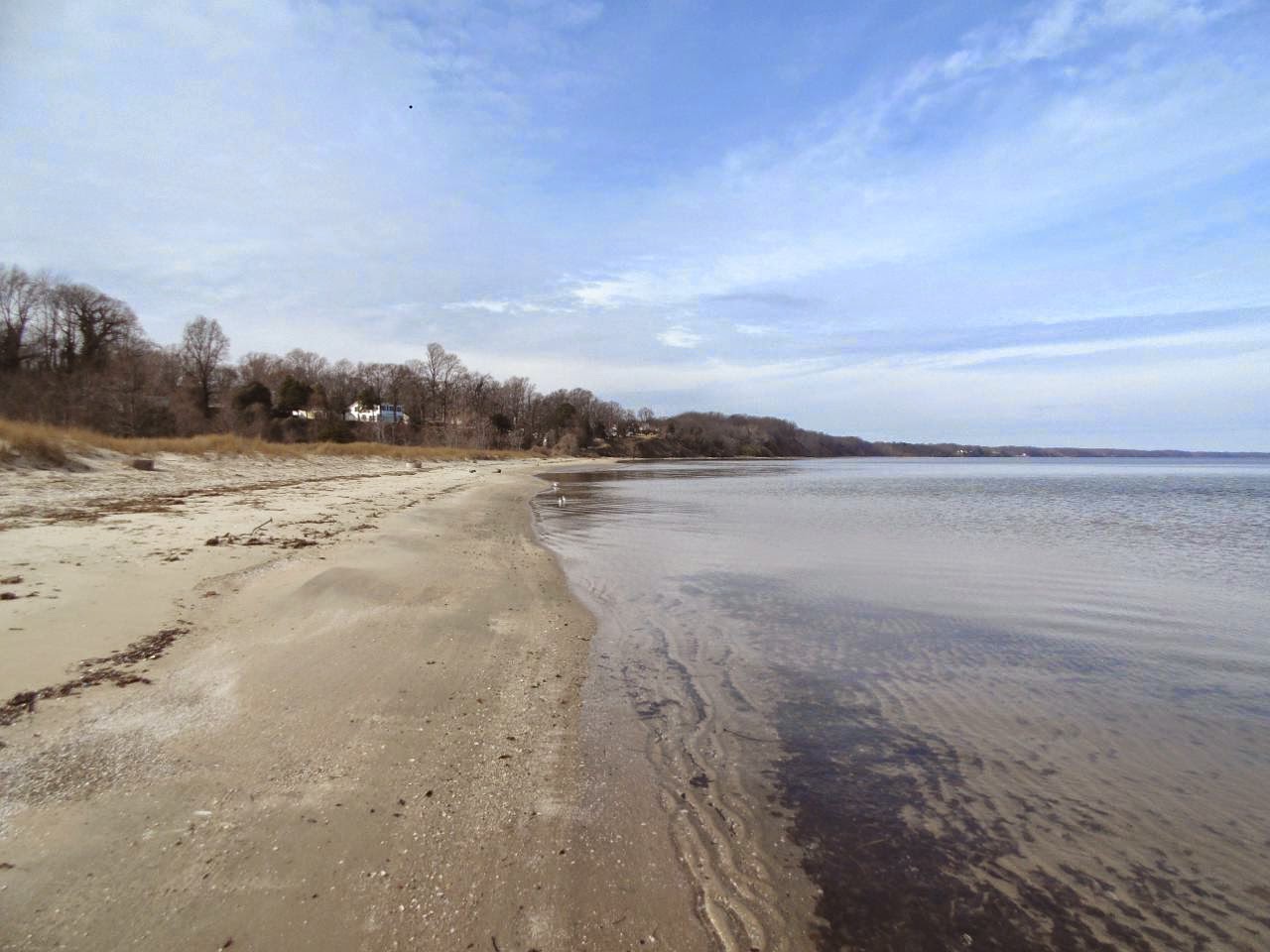 With the East Coast expecting a massive storm overnight (expected to be a major snow event up in New England, but only a rainy one here) we took the advantage of a mild, windless morning, and a low tide to get down to the beach and try to beef up January's contribution to the sharks tooth collection. 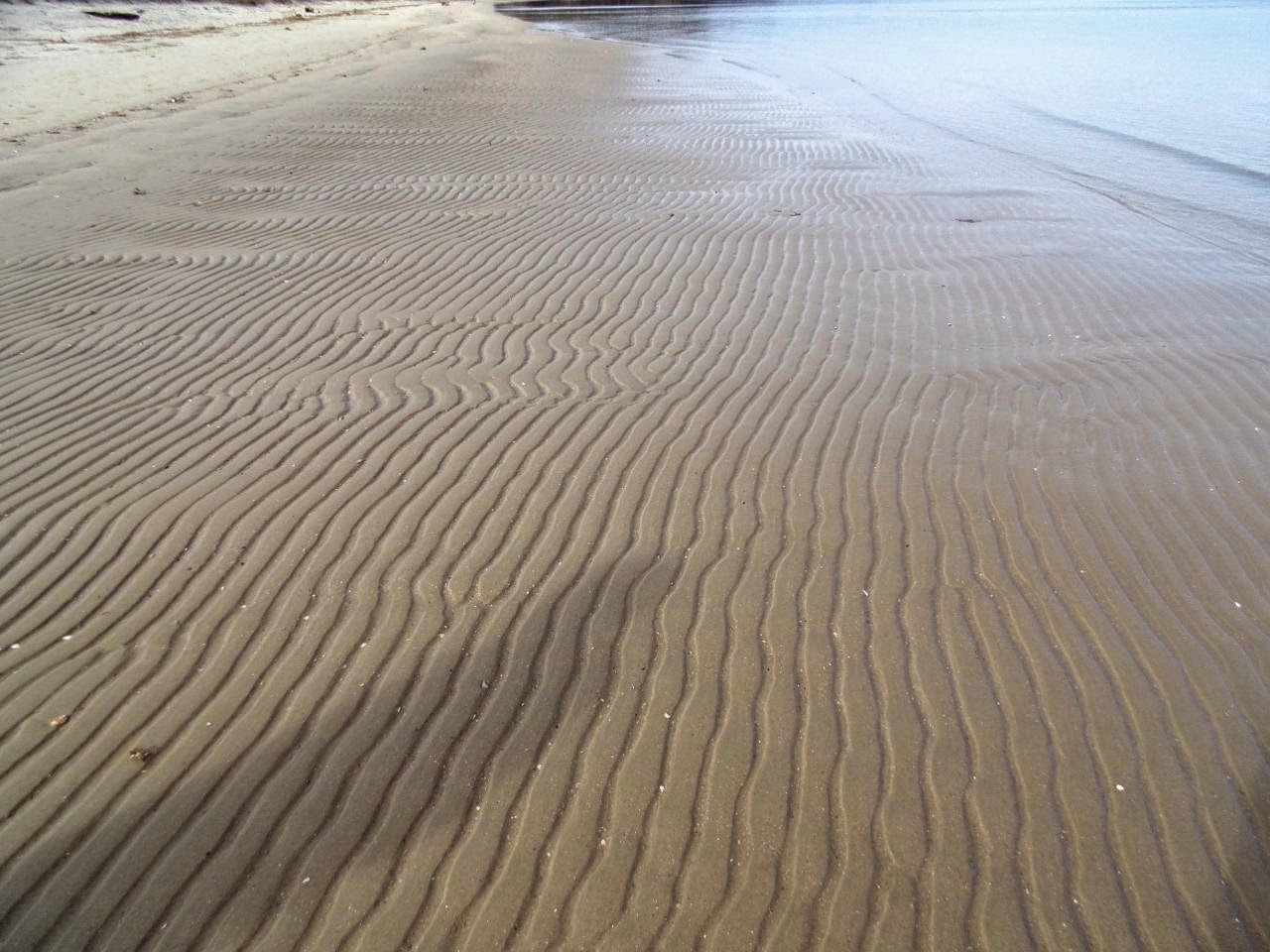 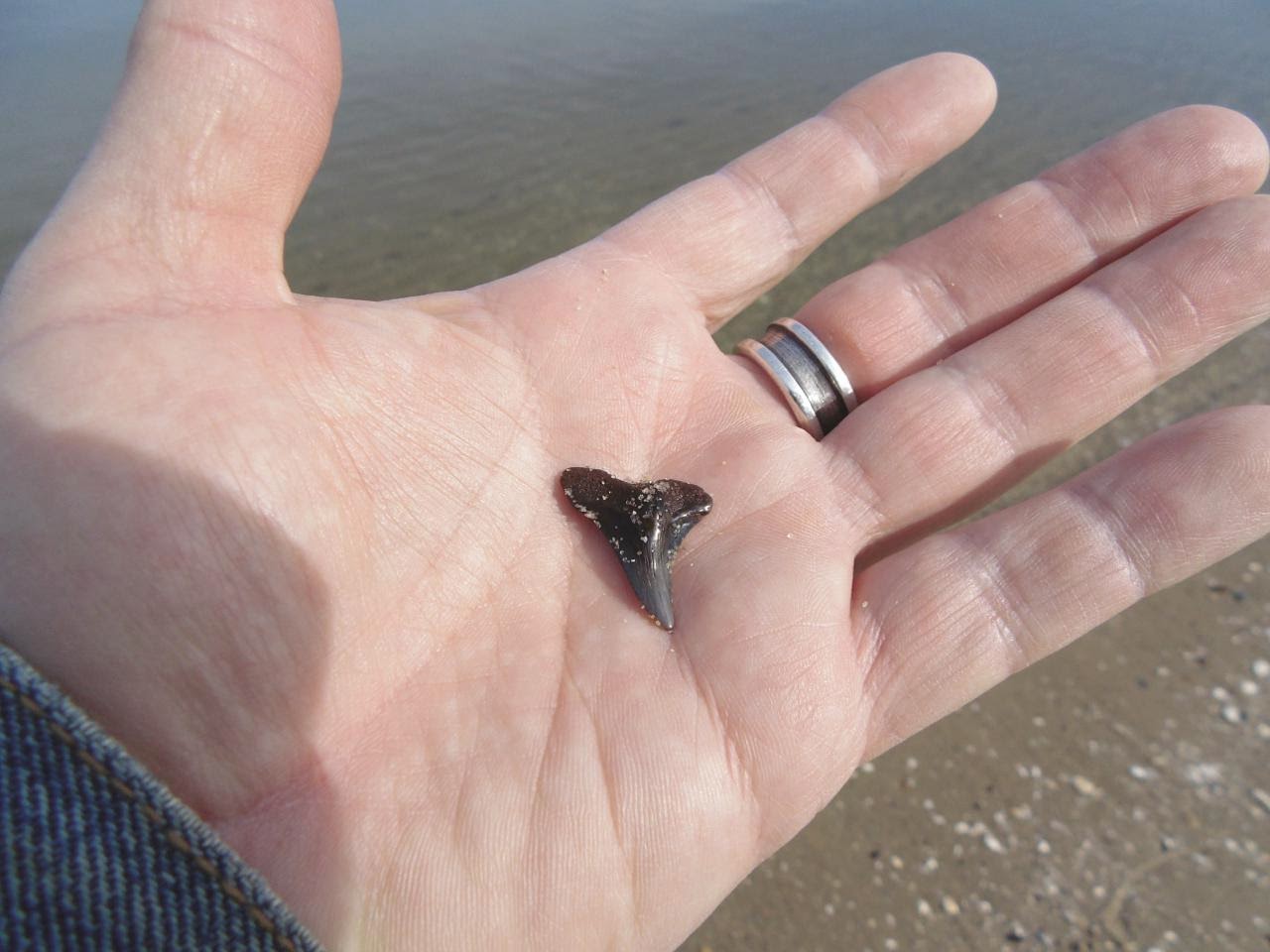 We did pretty well looking for teeth, 39 in all. Nothing ginormous,  but a couple worthy of being put on the kitchen window shelf until they are displace by a better tooth of the same type. 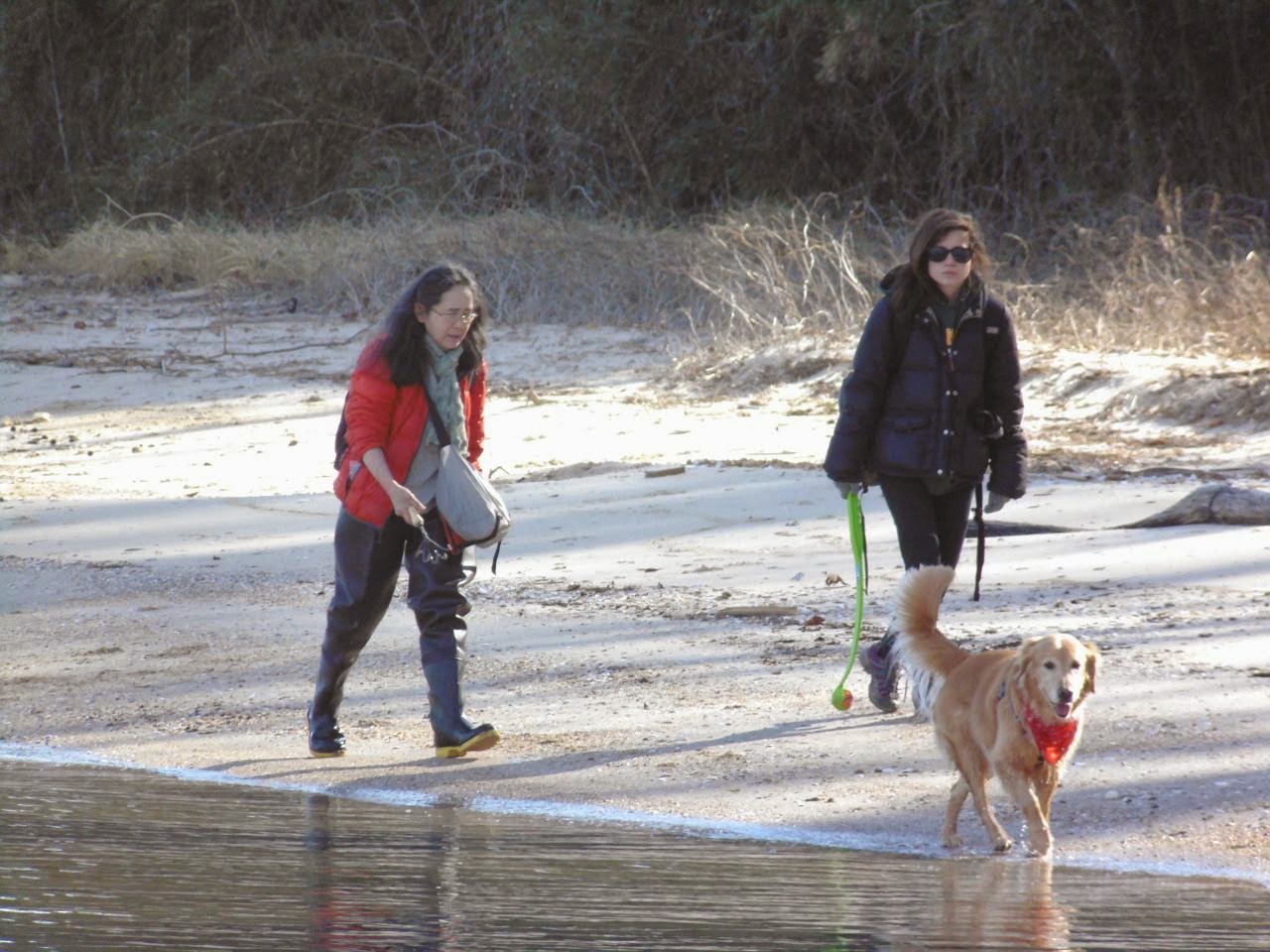 A mother/daughter team of fossil hunters. 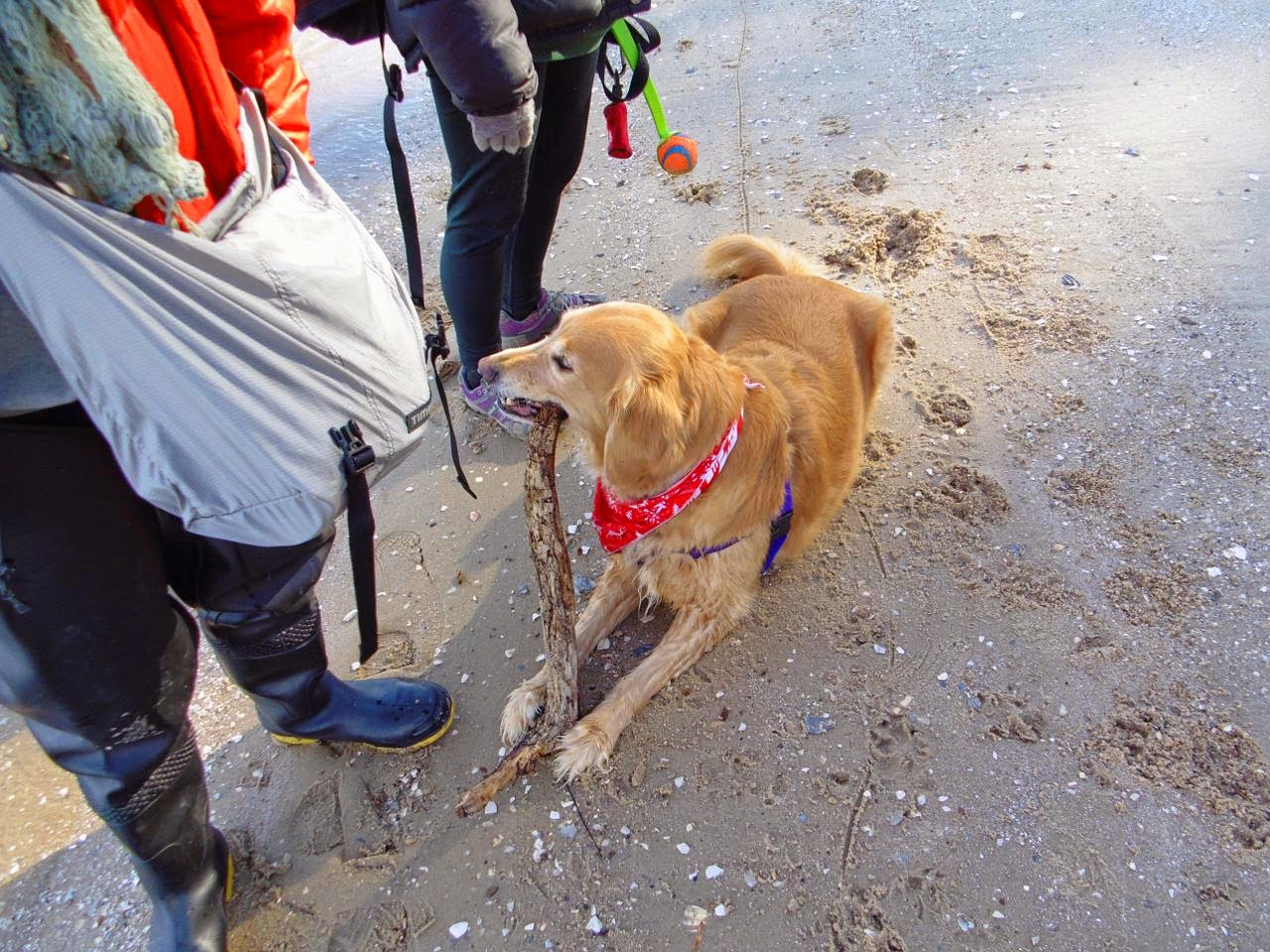 They turned out to be newbies, and were impressed by our collection at that point, and we chatted while the dog chewed the landscape. We gave them some hints as to how to proceed, but there's really no substitute for hours of looking. 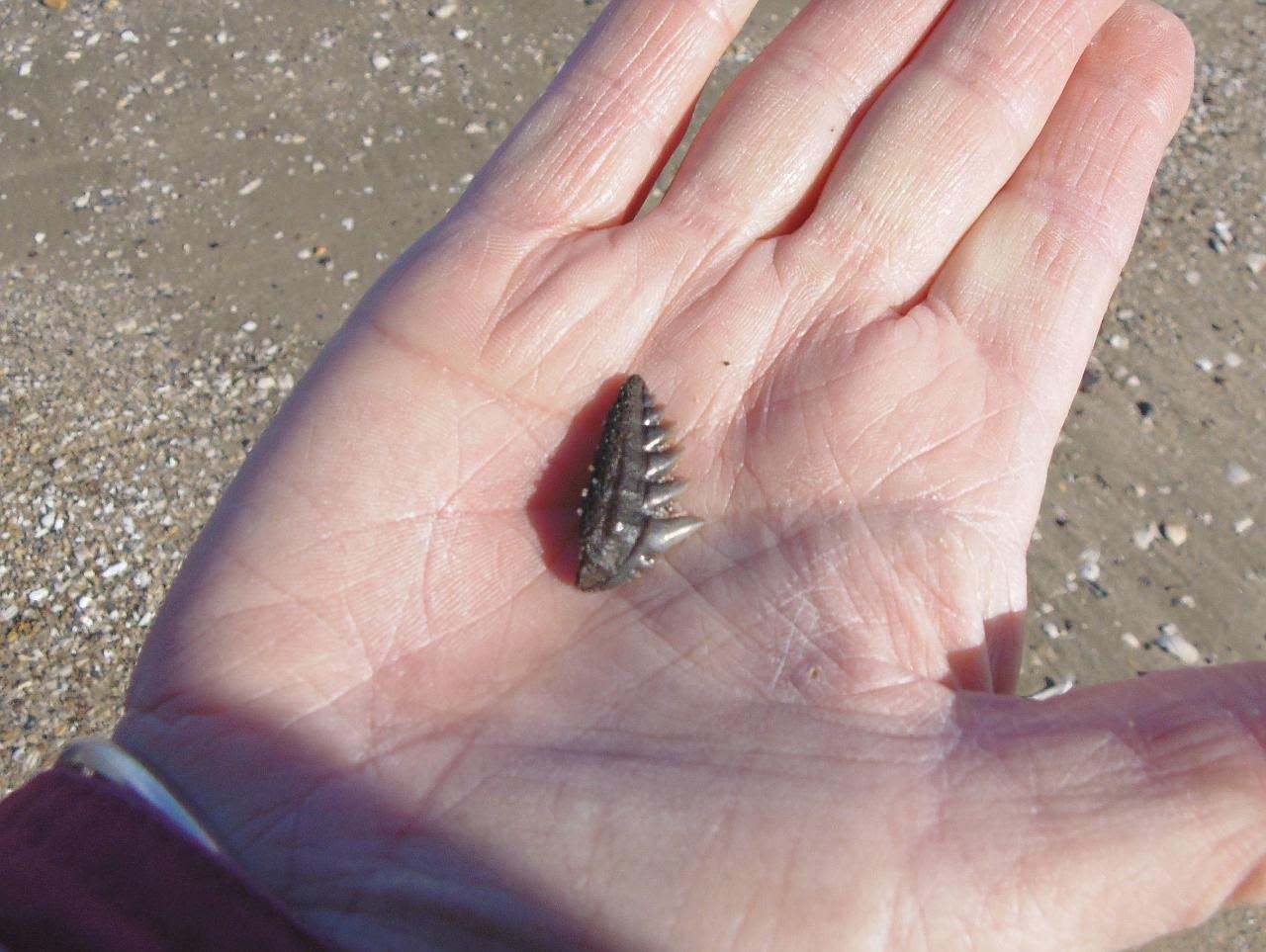 It was only after we passed them that Georgia found the prize of the day, a tooth that will likely occupy the top shelf all year, this Cow Shark tooth. 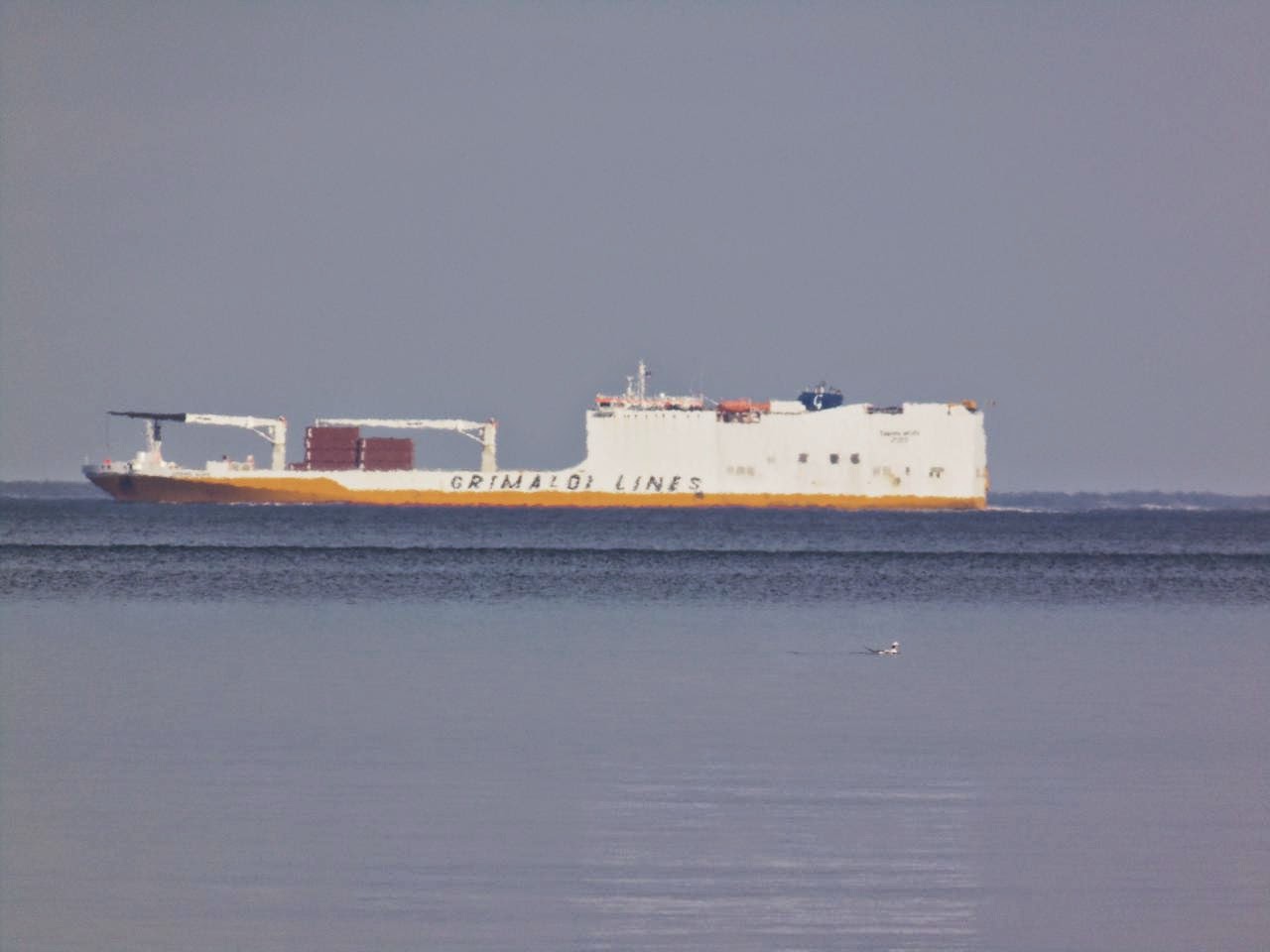 A big one going by out front. It sent a nice wake out, which reached us a few minutes after its passage. Do you see the duck? I didn't when I took the picture. 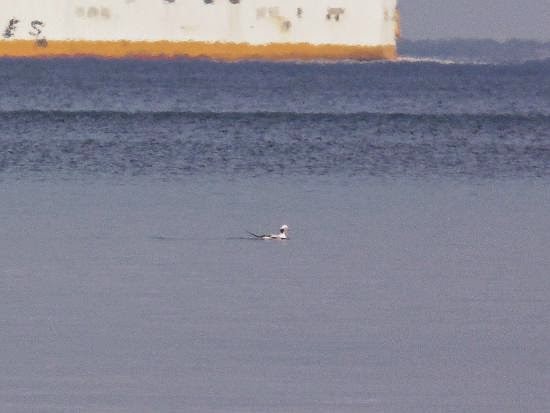 Here, I'll help. An Old Squaw, which has been renamed the Long-tailed Duck in a fit of political correctness. One of the more common winter ducks here, they're easier to see from boats because they seem to forage out in deeper water than the Buffies. 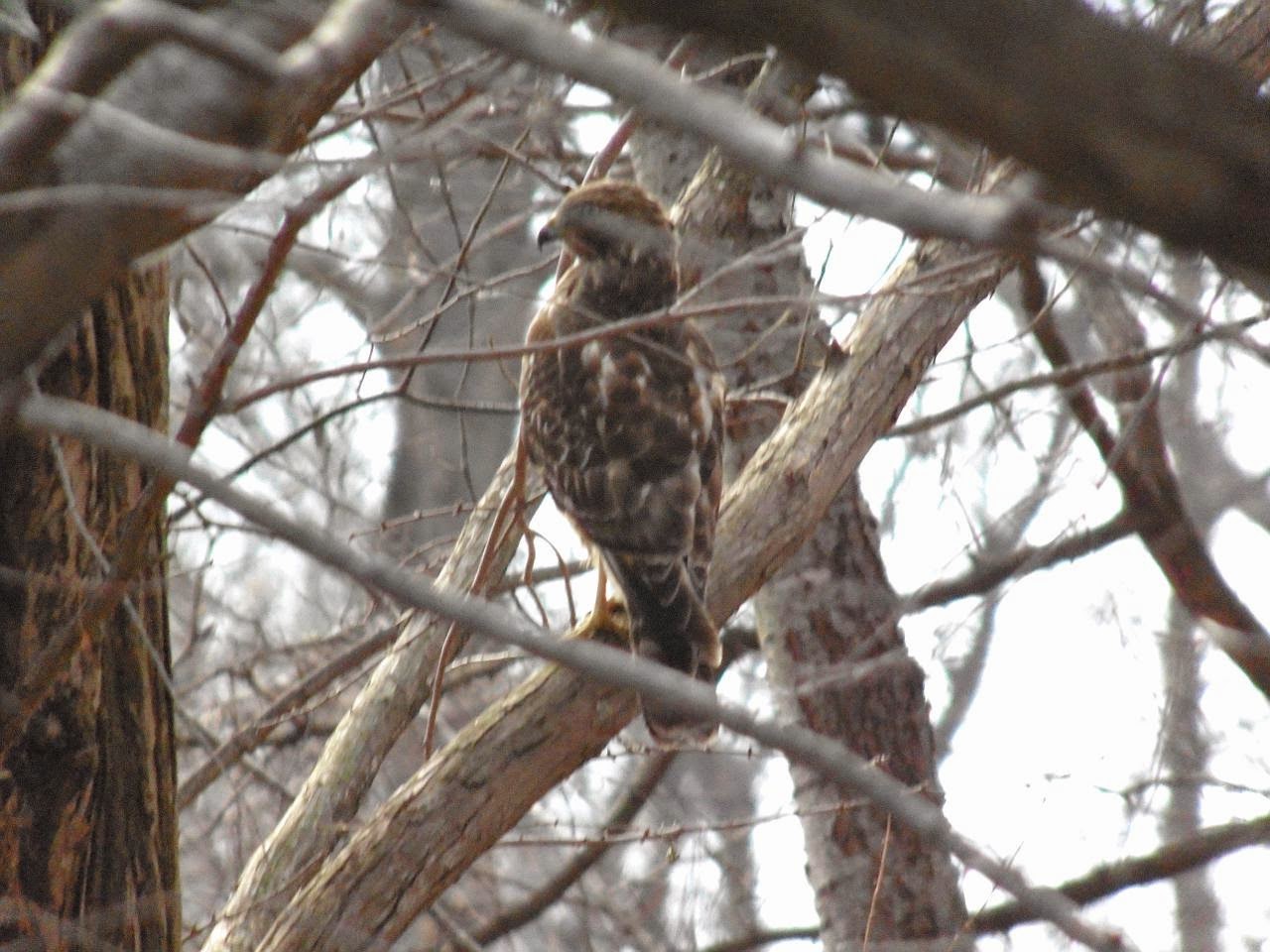 We found this hawk sitting in a tree by the harbor. I don't know what it is yet.
Posted by Fritz at 4:39 PM