You Can Take the Woman Out of the Cave...

But you can't take the cave out of the women.

The Dark Side Of Feminism - Why Women Don't Like Powerful Women

It would have been better if she had dark circles under her eyes. Maybe a little bit of flab around the middle. At the very least a stain on her blouse – anything. Instead, in her first public appearance since the birth of her son, Yahoo CEO Marissa Mayer was as slim and blonde as ever, beaming at the cameras.

"The baby's been easy," she said – no problem at all. How shocking!
...Mayer’s first post-natal interview sent storm waves crashing through the Internet. Couldn’t she just have kept her mouth shut, feminists, mothers, even childless-by-choice women, asked. Little seems to polarize other women so much as successful women. Or women who have lives very different from the ones they have more or less chosen for themselves. 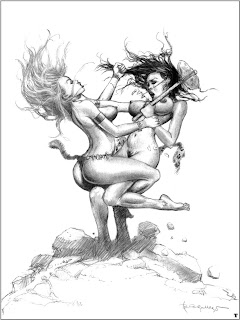 Nothing like a successful woman bragging to set other women off.  The article goes on to discuss different patterns in behavior between women and men with regard to within gender competition for status.


Men and women behave very differently when it comes to recognizing status and hierarchy. Gender researchers say that men have no problem with pecking orders, whether it’s on the soccer field on in the boardroom. They recognize the top dog, who occupies second and third place, without envy (mostly) and everything about their seating and speaking order at meetings, body language, status symbols, bear witness to this. That doesn’t mean of course that they won’t compete for better positions. And they usually do this by emulating the top man and copying his strategies. And when they make it to the top, they see no reason to play that down. 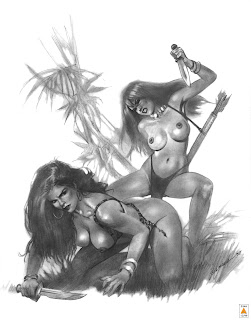 Whenever gender differences in behavior is discussed, I like to consider how humans likely evolved as hunter gatherers.  For the most part, men were interface between the family and the larger world.  In the hunting part of the hunter gatherer, co-operation was at a premium; cat fights while  trying to spear a mammoth are non-productive or even fatal to both participants.    However, back relative protection of home base or camp, among the generally less physically powerful women, jockeying for social position was more productive and less dangerous.


Research has revealed that females react very differently. They do tend to play themselves down to bring everybody together: their goal is integration, not competition. Among little girls, any girl who stands out because she is smarter, funnier or prettier is anything but admired by the others. Grown women in professional life have learned that hiding their qualities just so other women will like them damages them, but the net result is: they are not liked. Solidarity ends there.

Someone is going to come along an argue that it is all nurture; girls learn this behavior from their mothers and older sisters, and men learn their behavior from their fathers and older brothers.  And then they'll go on to argue that we would all be better off if men learned to be more like women. I don't buy it.  We are who we are because evolution has shaped our behavior, and our society exists the way it is because that behavior is a pattern that we fall into instinctively.

Wombat-Socho came through with the giant Rule 5 post "Les Chants Magnetique" right on time at The Other McCain.
Posted by Fritz at 9:36 AM