Is the Replicator the Next Step?

A friend on a fishing bulletin board posted this picture of a dress printed using a 3D  printer, with the comment that this is the first 3D dress that is actually pretty; most just look like chain mail (not there's anything wrong with a chick in chain mail): 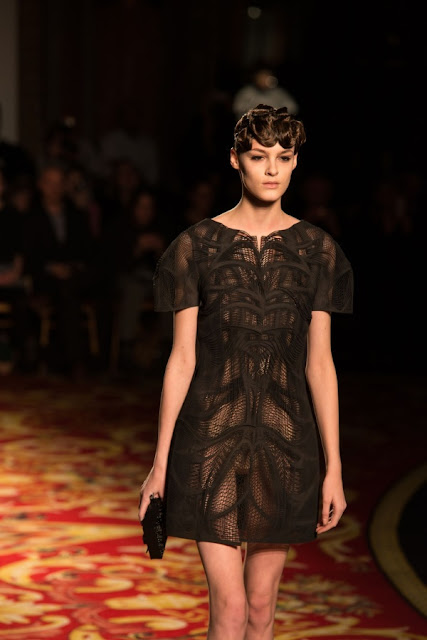 Not bad; a little complicated for ordinary daily wear, but nicely see-through in appropriate (or inappropriate, depending on your perception) places.  Probably a little cool for winter though.  But is it the first pretty dress printed with 3d printer technology?  A few other examples below to judge by: 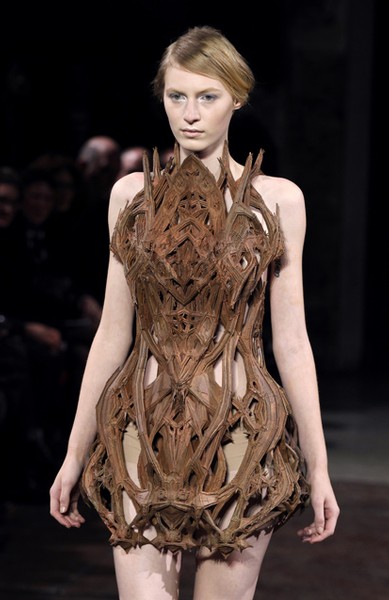 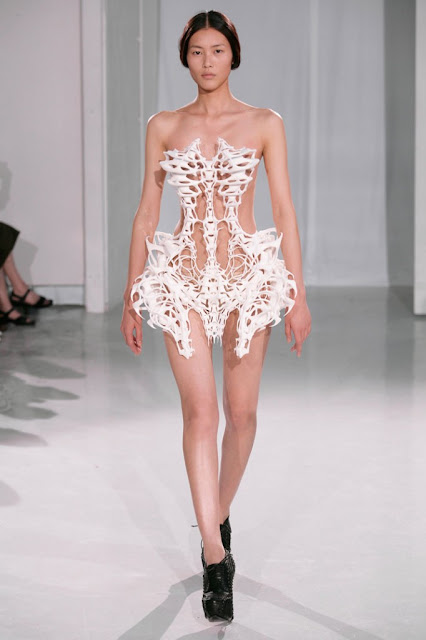 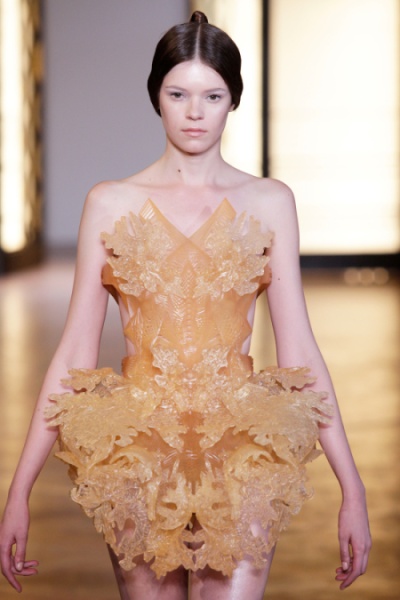 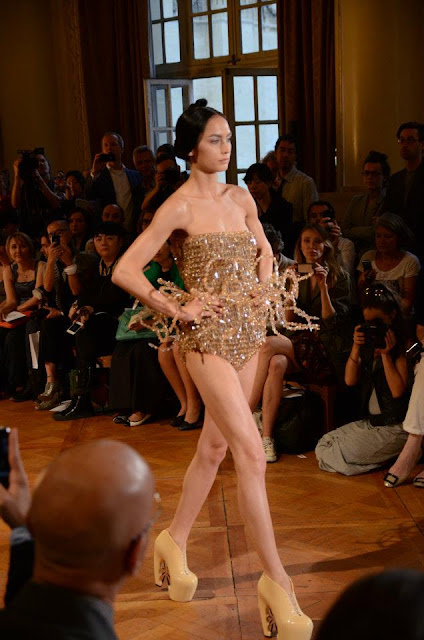 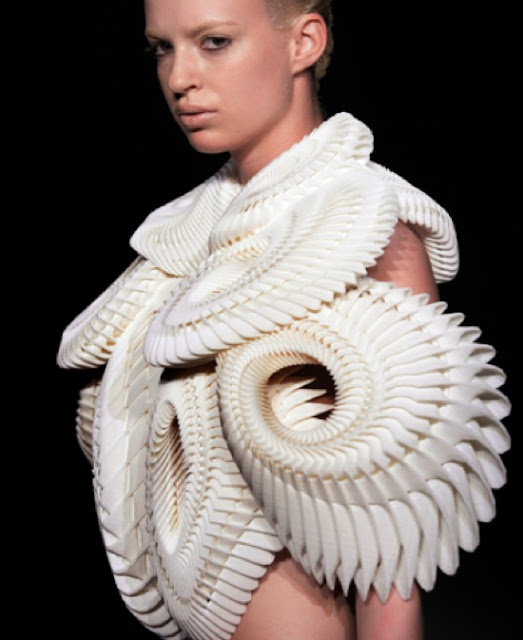 For the most part they are a little deliberately outrageous, but I suspect that is more an attempt to display the possibilities that 3D printers open up than to just be attractive so, perhaps jj is right.

3D Printing is also in the news as means of avoiding gun laws in the future, parts for guns, with the exception of the heavy steel firing mechanisms, can be downloaded and printed on 3d printers, avoiding any supervision by the government (Glenn Beck warning, but watch anyway)

Pretty soon, we may not need to go to the store to buy something, or even navigate to Amazon to have something shipped to us. Just download the plans and print it on you home 3D printer.