I'm fresh out of inspiration for Rule 5 this week, so I'm taking them in alphabetical order.  Hence, today's post is dedicated to Abi Titmuss, whose name bears a clue as to her most notable attributes. 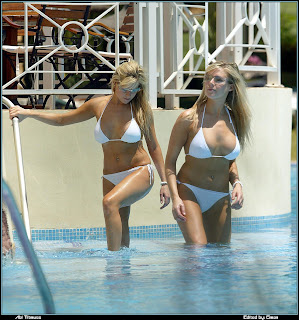 Another Brit, Abi was born in Lincolnshire, and the only significant thing that Wikipedia can say about her upbringing is that she played the clarinet.  She studied nursing (I mean, how appropriate is that?), because she did not feel bright enough to be a doctor.  Self awareness is a virtue. 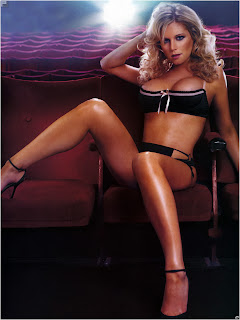 She got into television as a reporter, but a sex scandal drove her out; whoda thunk that sex scandals mattered for reporters?  Anyway, turned out OK, it led to a career as a celebrity slut and glamor model (NSFW link)

What, they're not the same thing?


I'm not like those glamour girls who say: 'I'm really dirty, I'm really bad', then just pose around. I really am dirty and bad - I love sex. 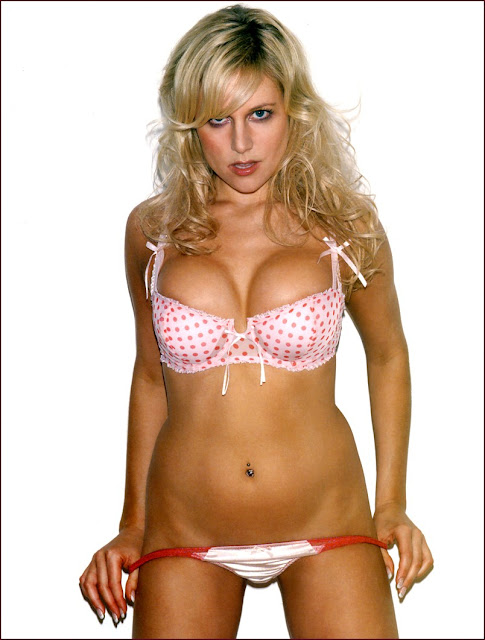 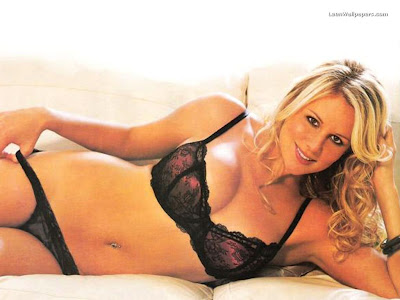 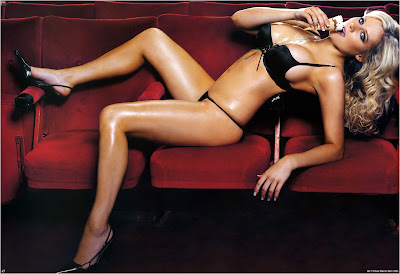 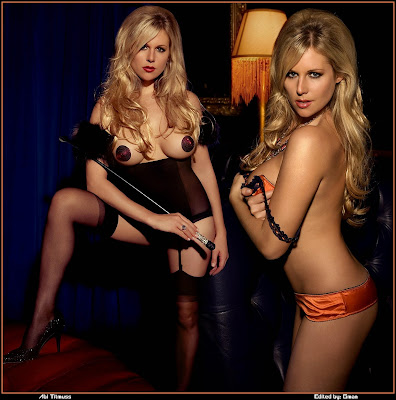 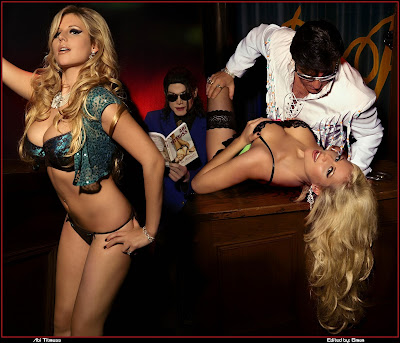 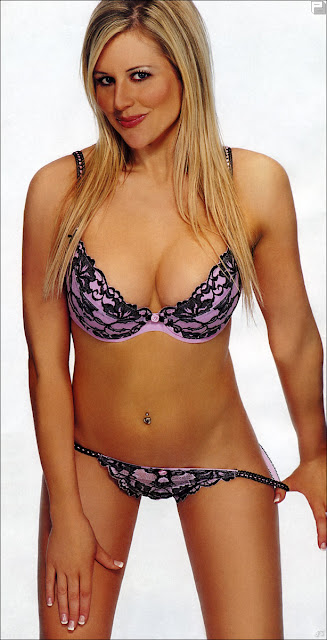 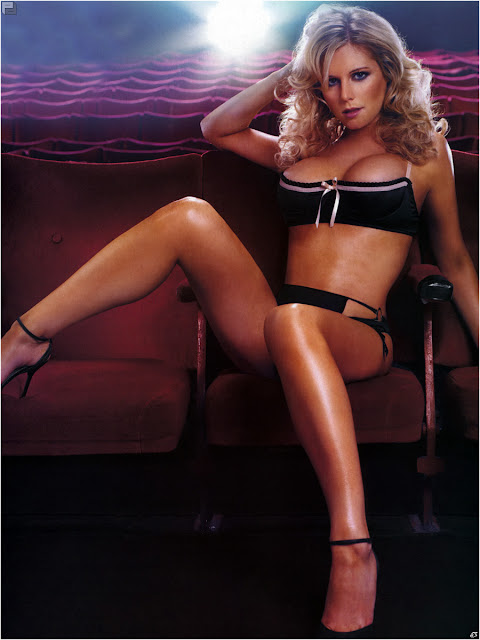 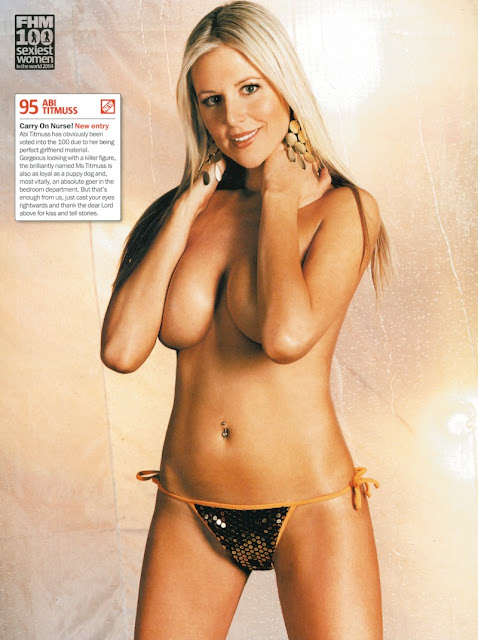 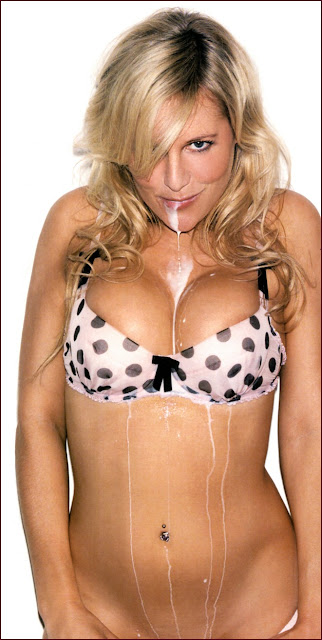 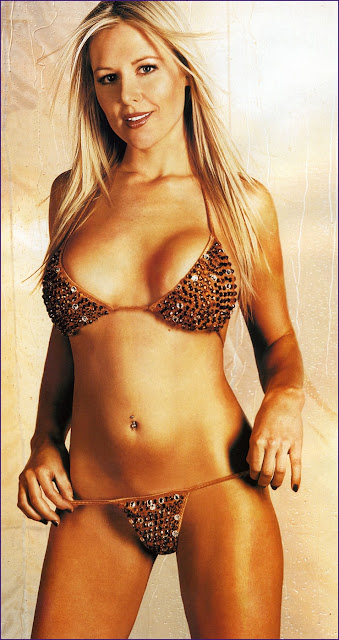 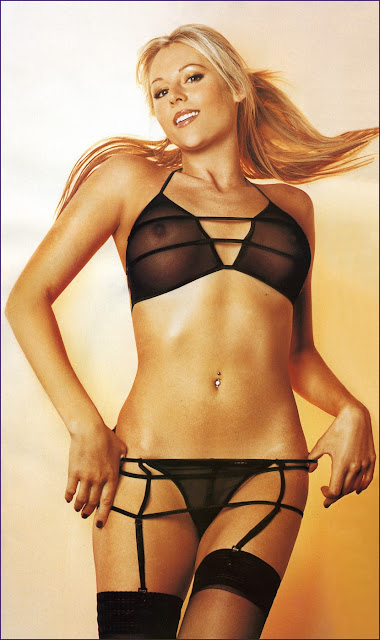 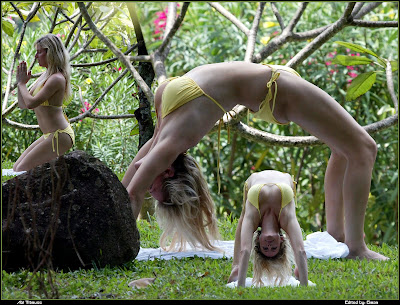 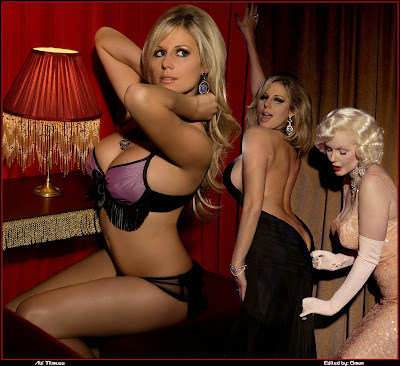 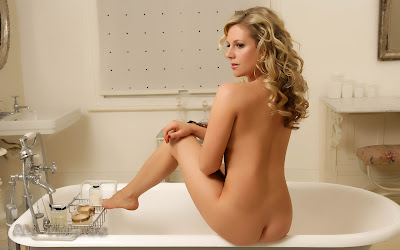 Wombat-Socho has the big Rule 5 post "Chrome Angel", up at The Other McCain, and William Teach at Pirate's Cove has this one linked in "Sorta Blogless Sunday and Pinup." Also picked up by the Classical Liberal in his Rule 5 post "Pistol Grip Pump."
Posted by Fritz at 6:00 AM