Learning to love grains, potatoes was key to the evolution of dogs 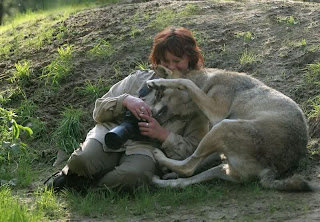 Another article on the process by which dogs came to be associated with humans, starting from wolves.  In a previous post, I discussed how it was likely that dogs weren't formally domesticated by humans, that is captured from the wild, imprisoned and bred for specific domestisted traits (like not eating the human babies), but rather co-evolved with humans, starting as a camp scavenger.  The new article shows that in the process of evolving from wolves to dog, dogs have acquired genes than enable them to better utilize the human diet rich in vegetable matter, in particular, starch.  As Joel likes to say, wolves became dogs because humans have good garbage. 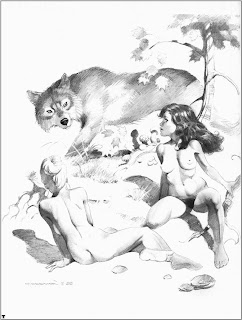 The researchers compared the DNA sequences of the wolves and the dogs (which are subspecies of the same species, Canis lupus) and identified 36 genomic regions in which there are differences that suggest they have undergone recent natural selection in dogs.

In particular, dogs show changes in genes governing three key steps in the digestion of starch. The first is the breakdown of large carbohydrate molecules into smaller pieces; the second is the chopping of those pieces into sugar molecules; the third is the absorption of those molecules in the intestine.

“It is such a strong signal that it makes us convinced that being able to digest starch efficiently was crucial to dogs. It must have been something that determined whether you were a successful dog or not,” Axelsson said.

The change is at least partly the consequence of dogs having multiple copies of a gene for amylase, an enzyme made by the pancreas that is involved in the first step of starch digestion. Wolves have two copies; dogs have four to 30. 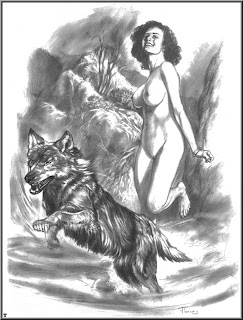 But not only were dogs evolving to be able to better use starch; so were humans!  So it was in fact, co-evolution; as people became more settled, and starches became more important in their diet, both species evolved to take advantage of it.


As it happens, amylase “gene duplication” is also a feature of human evolution. Humans carry more copies of the amylase gene than their primate ancestors. People also produce the enzyme in saliva, which allows the first steps of digestion to occur while food is still in the mouth. That, in turn, rewards chewing and increases the palatability of food.

What else is different about dogs genetically?

How those genetic mutations explain dog behavior is a topic of future research. However, the fact that so many are involved in brain maturation supports the theory that dogs are really wolves that never grew up. 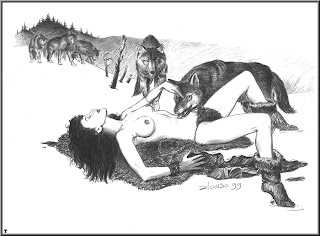 The "neoteny" argument for the production of dogs, and other domestic animals, and even humans has been around for a a very long time.  I posted on it here: Dogs as Retarded Wolves.

I do have one slight bone to pick with the article.  I doubt potatoes had much to do with the evolution of dogs (which I repeated in my title, of course).  Potatoes are developed from tubers in the Andes, and were not present in Europe, Asia and Africa until after the Spanish conquest of South America 400 years ago, so wolves were not scavenging potatoes for camps in Eurasia, where most canine/human co-evolution is believed to occur.  People brought already "domesticated" dogs with them when they populated the New World rather than domesticating the local wolves.

Wombat-Socho has this one in with his great (in more ways than one) list of Rule 5 posts "Neuroengesang" at The Other McCain.
Posted by Fritz at 10:48 AM