Inauguration Day at the Beach 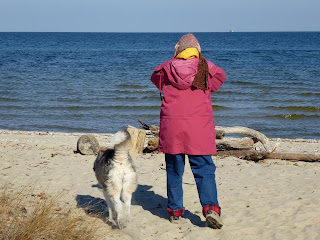 We stalled as long as we could, but being threatened by having to sit through the inauguration, we finally put on the heavy clothes and went down to the beach. 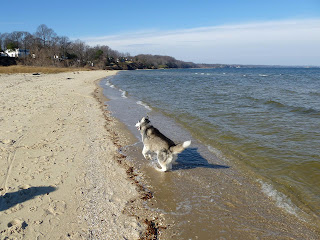 While it was clear again, the temperature had fallen quite a bit since yesterday, down to 35 F, with a brisk southeast breeze, that doesn't show in the photos much due to the protection of the south jetty. 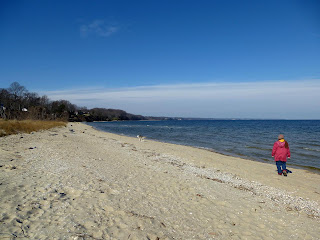 There wasn't much to report, either.  No eagles, the ducks were way out, the fossils minimal.  But it still beat being lectured to, and hearing promises that won't be delivered us (and some that we don't want at all).
Posted by Fritz at 3:21 PM