Why (Some) Women Prefer Assault Rifles

I'm strictly neutral on the debate as to whether a shotgun or an assault rifle is superior for home defense.  Both will suffice. One good thing about the shotgun is that it's easier to rationalize to the police after the fact (unless you kept it loaded with double ought buckshot).  But there's no doubt that the "scary black gun" effect as an intimidation factor has some merit.  Of course, you could go for the combination effect: 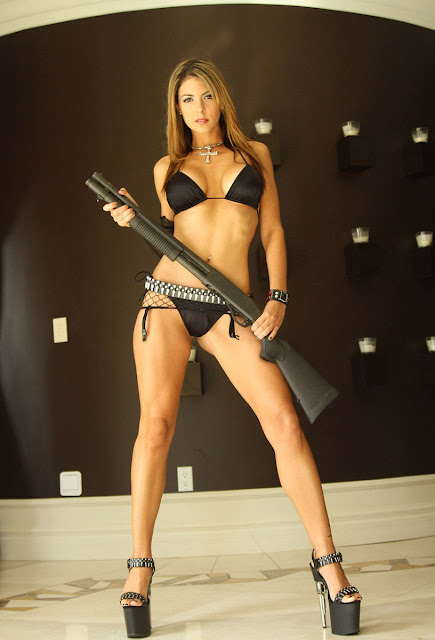 Video found at the American Power Blog. It's Tuesday and Wombat-Socho has his grand weekly Rule 5  post up at "The Other McCain."