And she's taking some guy with her... Sarkozy's plans 'to dodge new 75% French tax rate by moving to London with wife Carla and setting up £1bn private equity fund' 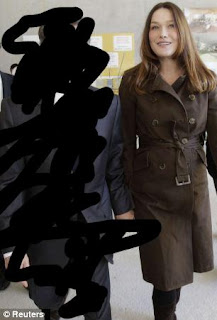 Former president Nicolas Sarkozy could become the next wealthy Frenchman to flee to Britain over his country’s looming tax hikes on the rich.

Mr Sarkozy – who famously snubbed the Prime Minister’s attempt to shake his hand after Mr Cameron vetoed changes to the EU treaty in 2011 – is reportedly planning to move to London to set up a £800million investment fund. 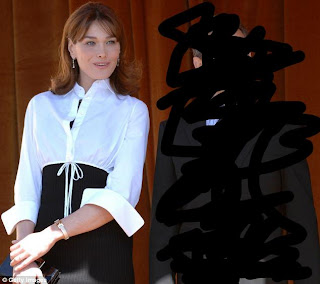 Carla and her beau, whoever he is, are not the first wealthy people to depart France as a result of the new 75% tax on upper income planned by the new regime.  We've seen previously that Laetetia Casta, another supermodel type, and some old fat guy (not that there's anything wrong with that) have also departed France for greener and/or redder pastures.

The 57-year-old, who was ousted from office last June, has amassed a fortune from £150,000-an-hour public speaking engagements and is now said to be trying to raise capital from investors.

If the move goes ahead, the controversial Frenchman will become the latest to escape a potential top tax rate of 75 per cent in his home country.


He and his former supermodel third wife Carla Bruni-Sarkozy would be likely to settle in an affluent district like South Kensington – so becoming the most high profile Gallic celebrity couple in the city. 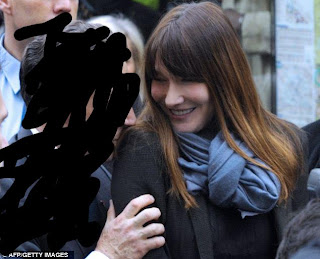 Carla is, of course, the power in the couple.  A polymath, supermodel (NSFW) singer and lover.  As cattily noted by Ann Althouse, she "famously" cheated on Eric Clapton with Mick Jagger.  Neither of whom were ever noted to be models of fidelity. Nick is just a poor schlub who married up.

But the former president is under investigation for corruption in France, and if he does cross the Channel there will be outrage.

Details of the planned move were uncovered during a raid by fraud police on Sarkozy’s Paris mansion last June.

It came within weeks of Mr Sarkozy losing his immunity against prosecution after being defeated by Socialist rival Francois Hollande in the May presidential election. 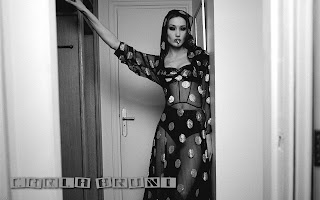 So how much do you owe your country?  When your country does something so completely and personally vindictive (I'm mean, they're not raping everybody, just the rich 1%), do you owe it to you country to stay and pay?  Remember, the United States is a country of immigrants.  Each one of those immigrants was also an emigrant from another country, one which made them dissatisfied.  In fact, this will be Carla's second exile, having left her native Italy for France.

It's (almost) Final! Carla Bruni Out in France!
Say It Ain't So, Carla!
Take A Smoke Break, Carla!
Carla Bruni Can't Wait to Get it Over With
Putting Carla On a Pedestal
Powerful Men and Pretty Women - Rule 5 - Carla Bruni

Wombat-Socho has this one in with his great (in more ways than one) list of Rule 5 posts "Neuroengesang" at The Other McCain.  Also picked up by the Classical Liberal in his Rule 5 post "Pistol Grip Pump."