Women Cause More Crashes Due to Missed Pedals


Women are more likely than men to mistake the gas pedal for the brakes, according to federal safety regulators... "The most consistent finding across data sources was the striking overrepresentation of females in pedal-misapplication crashes, relative to their involvement in all types of crashes," the agency said in a report supporting its proposal this week to require automakers to make brake-throttle override systems standard in all vehicles...

NHTSA estimates there are 15 pedal-misapplication crashes a month in the United States, and the drivers in almost two-thirds of such crashes are women. The agency speculated on several reasons women might be more likely to be involved in such crashes.

The incidents occur most often in parking lots, the safety agency said. Could it be all those trips to the shopping mall? The agency didn't elaborate except to say most of these crashes are occurring in "commercial parking lots."

The agency also noted women typically have "a poorer fit in their cars due to shorter stature, which may increase the likelihood of a pedal-application error."

When I read her the WAPO version of this article this morning, Georgia suggested it was far more likely that women messed up pedal applications because of weird and ungainly footwear.  How many women in such crashes were wearing high heels?  Georgia always wears sensible shoes. 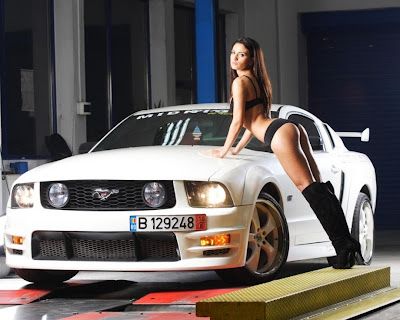 Which reminds me; I've been looking for an excuse to use this one:

Picked up by the DaleyGator in their Rule 5 Tour with Katerina Graham. Wombat-Socho at "The Other McCain included this in two weeks worth of Rule 5 links "Master of Puppets."
Posted by Fritz at 9:02 AM

Email ThisBlogThis!Share to TwitterShare to FacebookShare to Pinterest
Labels: sex