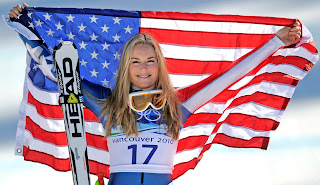 Lindsey Vonn, the skier who made a splash after winning alpine skiing gold at the Vancouver Olympics, found out she owes the government $1,700,000 in back taxes for the year she won that gold. According to the Detroit News, the IRS filed a $1,705,437 tax lien against Vonn and her estranged husband Thomas Vonn on April 2 with the Elko County Recorder in Nevada.

Not a bad year, if your taxes come out to more than $1.7 million.  Not that she didn't work for it though.


She is in the middle of a divorce with Thomas, the man who was once her coach and mentor. She released a statement on her Facebook page promising to pay what she owed. 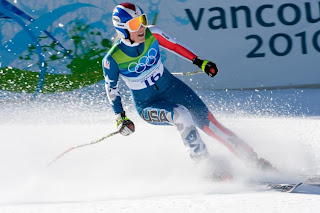 I am disappointed with this situation. I just recently became aware of the outstanding balance and I have done everything in my power to settle it immediately. The money owed was for the 2010 tax year, which was filed on time, and it has been paid in full. This is an important lesson for me. Not being in control of my finances and relying on someone else who you believed had your best interest at heart was a mistake and one I will not make twice. 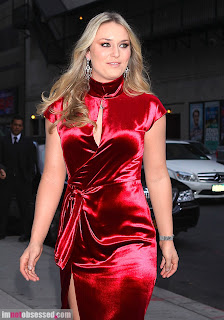 I'd be interested in the inside story on this.  Did the husband cheat on the taxes hoping to save some, and get caught?  Or did the shear increase in taxes and number of sources of income catch them by surprise?  I could easily see that happening to a couple of young people with an astonishing year.


Vonn made money from winning World Cup races and several endorsements, including Under Armour, Rolex, and Procter and Gamble.