Gingers in the News 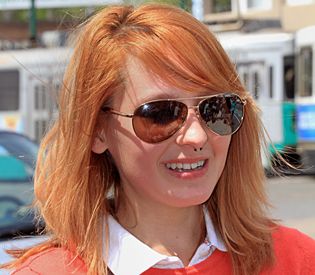 A strap-hanging MBTA heroine said she went into “She-Hulk” mode to single-handedly collar a man who exposed himself on a crowded B-Line trolley — dragging him off the train and holding him until cops arrived. The 24-year-old Allston woman, who did not want to be named, said the man boarded one stop after she did on her ride home from her marketing job Thursday. She immediately noticed him staring.

“This guy was just being a real creeper,” she said. As she shuffled along the train, he followed her. She zoned out, listening to music, only to look up and see him standing over her. “I looked up and felt awkward, so I looked down,” she said. She said the man was exposing and touching himself, but tried to cover himself with his shirt.


The woman — not someone to meekly let an alleged creep get away with it — shouted out what he was doing, but no one stepped in to help. She said one male passenger even shrugged. So, she said, she went into “She-Hulk” mode, lunging as the man tried to bolt at Packard’s Corner in Brighton.

She said she held the man with one hand and “berated” him while she waited for the cops to arrive. She said he looked frightened.

“He kept saying sorry, but he was just sorry for himself,” she said.

How else could he get her to touch her?
Posted by Fritz at 5:00 AM