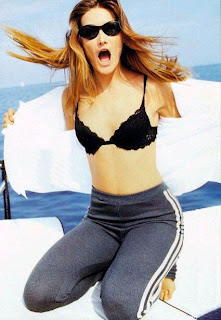 French President Nicolas Sarkozy and Socialist candidate François Hollande will face off in the second round of France's presidential election after edging out the far right's Marine Le Pen in Sunday's first round of voting.

Socialist presidential challenger François Hollande topped the first round of France’s presidential election on Sunday with 28.4 percent of votes, while incumbent Nicolas Sarkozy finished second with 25.5 percent, according to exit polls. Those figures set up a widely expected run-off between Sarkozy and the candidate of France’s main opposition party who led most voter intentions surveys before the first round... 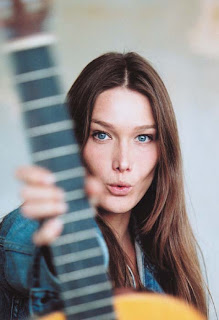 A run-off between Sarkozy and Hollande is scheduled on May 6, with opinion polls largely favouring the Socialist Party candidate.

You know what this means, don't you?  This means that Carlo Bruni Sarkozy, heiress, super model and rockstar, will lose her position as First Lady of  French Republic! Mon Dieu!

And you know what else that means?  All the photos I saved for my ongoing series of posts on Carla Bruni are going to waste! I can't let that happen.  How many other First Ladies posed nude, (NSFW link) and would we appreciate it if they did? 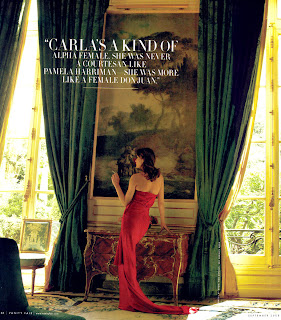 I wonder if there's anything else in this article is worthwhile commenting on; it's mostly just French electoral politics, which are even more meaningless and futile than our own.  At least our candidates eat puppies, and tie dogs to the roof of cars (I need some text to wrap around these pictures):


Hollande, who was seen as benefitting from a wave of hostility towards Sarkozy, proved a surprisingly resilient candidate. The Socialist hopeful began campaigning months before the incumbent and while he temporarily slipped behind Sarkozy in opinion polls, he regained his frontrunner status in the final two weeks of the race. 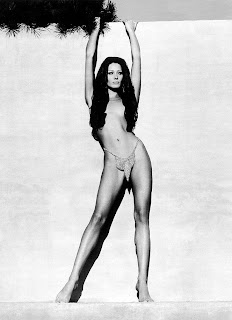 At least in France, the Socialists are out of the closet, unlike the democrats in the US who pursue identical policies.


French analysts rushed to speculate on how the whole of the election results would affect the outcome of the May 6 run-off, and on what many saw as the impending return of the Socialist Party to the Elysee Presidential palace and a Socialist-led parliament.

The French left has spent the last 10 years as the country’s main opposition group, and had to digest three consecutive presidential defeats in 1995, 2002 and 2007. Former president François Mitterrand, who won back-to-back elections in 1981 and 1988, remains France’s only Socialist head of state since the end of World War Two.

Special Thanks to Wombat-Socho for picking up this and other links in his special Thursday edition of Rule 5 Sunday.
Posted by Fritz at 6:00 AM