But Answer Came There None-- 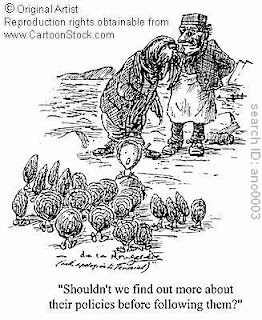 And this was scarcely odd because they'd eaten every one


The U.S. Army Corps of Engineers recently held public meetings to discuss the corps’ plans to restore oyster populations in the Chesapeake Bay and its tributaries. The plan was developed with help from the states of Virginia and Maryland, three federal government agencies, the Potomac River Fisheries Commission and two nonprofits, with the stated goal of restoring an “abundant, self-sustaining oyster population” to restore ecological balance and contribute to the oyster fishery.

“I don’t think the government programs do very much to help, especially in the long-term,” 58-year-old Robbie Johnson said Friday, pausing briefly to talk in his Spartan office while catching up on some paperwork. “We’re very fortunate that we have now more oysters than we’ve had in the past 20 years. I personally don’t attribute that to anything that a government agency has done.”

Sadly, I tend to agree with him.  To date, oyster restoration programs have been a huge disappointment.  But on the why, I think the watermen have played a huge part, being allowed to take the "restored" oysters (on the grounds that they were going to die of disease anyway), and illegally plundering those they weren't permitted to.