A Yucky Morning at the Beach 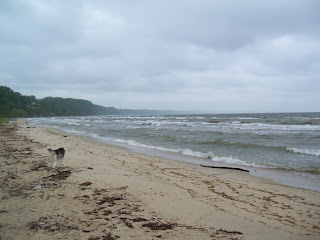 We went down to the beach this morning, and, to say the least, it was obnoxious in the extreme. It's been raining since late last night, with a nasty north wind. 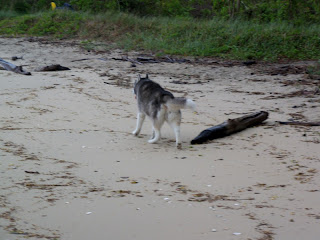 We thought we might find Joel and Red down there too, but apparently Red didn't feel as strongly about it as Skye. 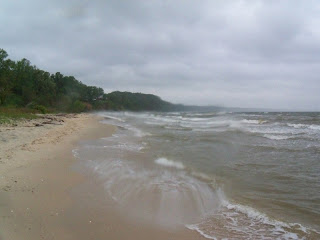 The wind was driving the rain into our faces, and the camera, on the way up, resulting in such fine photos as is one: 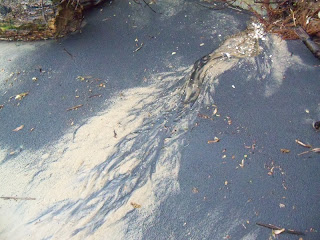