Supermodel Gets "The Special" Patdown at Airport

The Israel supermodel tweeted about the ordeal to her fans, explaining that a female officer went a little too far with a routine patdown.

How far is too far, give us the specifics!  A video may not be too much. 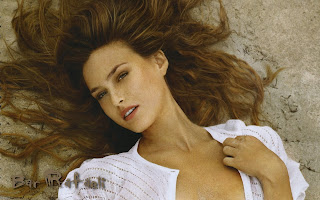 The brunette beauty told her followers that the incident left her contemplating the woman's 'sexual preferences'.

I'm sure that woman just hated rubbing her gloved hands all over your body, but she was putting up a good front for the sake of professionalism. 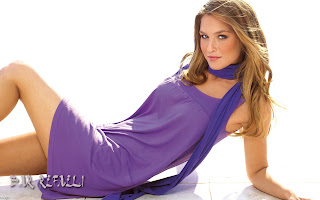 'I got a security "patdown" by a woman at the airport that made me feel very uncomfortable and left no doubt about her sexual preferences,' she wrote on the social networking site.

No word on whether the offending security agent was stationed in the US or abroad.   All I can say to the agent is "You go, Girl!  Save us all from the supermodels!"

Linked at Jake Finnegan's "Burkalesque Babe of the Week, Ke$ha." Thanks, Jake! Wombat-Socho at "The Other McCain included this in two weeks worth of Rule 5 links "Master of Puppets."
Posted by Fritz at 6:00 AM