Opening Morning at the Beach 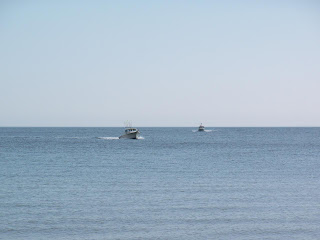 It's the Opening Day of rockfish (Striped Bass) season, and the Bay was full of boats out hoping to land that 28+ inch rockfish to invite to dinner.  I try to avoid opening mornings, as the traffic is heavy, and many of the more obnoxious boaters are out.  When we arrived at the beach this AM, two boats were running in.  Limited out? 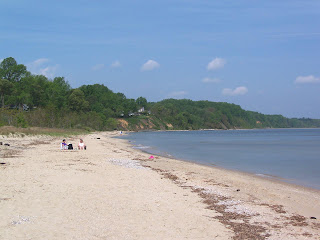 Another nice day at the beach.  Mostly sunny, 70 F, with a stiff (and rising) WSW wind. Nice close to the beach, a bit worse out in the channel (where the big fish are likely to be found).  Beach sunning season has officially begun. 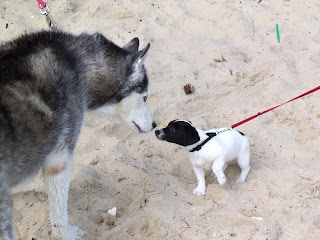 We ran into this little rascal.  Skye said "hi" as politely as possible. 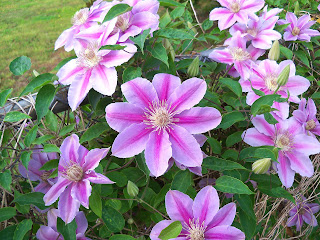 High tide forced us to walk around the cliff, and I found these Clematis climbing a fence next to the road up in Calvert Beach. 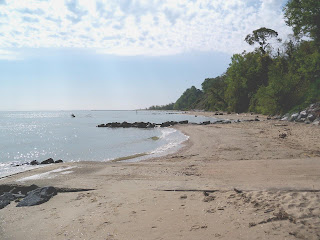 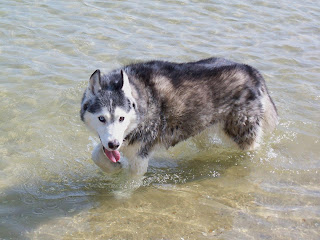 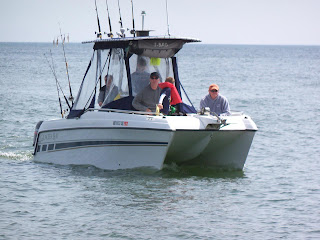 Another boatload of fishermen coming into the harbor.  I tried to ask if they had a big one, but I'm not sure they understood the question.
Posted by Fritz at 1:42 PM