Middle Age:
An interesting article on the aging in the Washington Post.  I'd like to say that's how I found it, but it fact; I didn't get that far in the morning, and ended up finding this on Ann Althouse's Blog.


Compared with other animals, humans have a very unusual pattern to our lives. We take a very long time to grow up, we are long-lived, and most of us stop reproducing halfway through our life span. A few other species have some elements of this pattern, but only humans have distorted the course of their lives in such a dramatic way. Most of that distortion is caused by the evolution of middle age, which adds two decades that most other animals simply do not get.

An important clue that middle age isn’t just the start of a downward spiral is that it does not bear the hallmarks of general, passive decline. Most body systems deteriorate very little during this stage of life. Those that do, deteriorate in ways that are very distinctive, are rarely seen in other species and are often abrupt.

She was interested in how human women undergo a long post reproductive period compared to most species and it's effects on their bodies:


"Once our babymaking days are over, fat is stored in larger quantities and also stored more centrally, where it is easiest to carry about. That way, if times get tough we can use it for our own survival, thus freeing up food for our younger relatives." 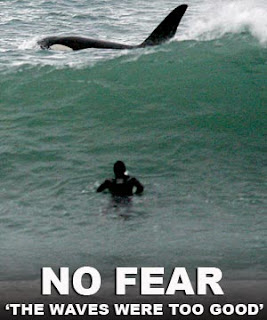 I was more taken with the description of middle agers as the conveyers of the high order learning that runs human society (obviously, this predates civilization proper).


These two roles of middle-aged humans — as super-providers and master culture-conveyers — continue today. In offices, on construction sites and on sports fields around the world, we see middle-aged people advising and guiding younger adults and sometimes even ordering them about. Middle-aged people can do more, they earn more and, in short, they run the world.

This has left its mark on the human brain. As might be expected of people propagating complex skills, middle-aged people exhibit no dramatic cognitive deterioration. Changes do occur in our thinking abilities, but they are subtle. For example, response speeds slow down over the course of adulthood. However, speed isn’t everything, and it is still debated whether other abilities deteriorate at all. 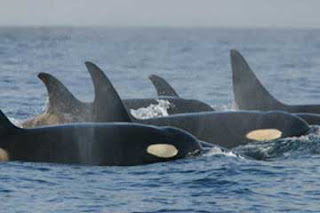 As for the Orcas?


Orcas, like humans, undergo menopause. Also like humans, they are long-lived, slow to develop, intelligent and vocally communicative