CHESAPEAKE, Va. (CBS Washington) – A Portsmouth woman faces up to 50 years in prison after pleading guilty to beheading her boyfriend’s piglet. According to court documents, Ashley Fowler, 22, was breaking up with the piglet’s owner Zach Sawyer and wanted to play a prank first.

Sawyer’s mother told the Virginian-Pilot last year that the piglet’s head freaked her out when she let her puppy outside early one morning last February and saw it staring back at her. “For somebody to come and do something like this was unbelievably sick,” Janie Sawyer told the paper.

Sounds like a very unpleasant girl.  I hope the guy appreciates what he's losing.  You have to wonder though, when the girl comes on like this: 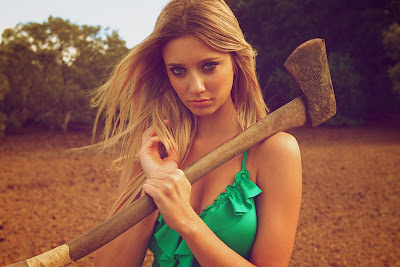