Obama Goes After the Bitter Clingers 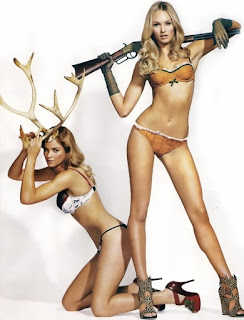 At least the ones who cling to their guns: Obama Pushing Shooters Off Public Lands

Gun owners who have historically been able to use public lands for target practice would be barred from potentially millions of acres under new rules drafted by the Interior Department, the first major move by the Obama administration to impose limits on firearms.

Officials say the administration is concerned about the potential clash between gun owners and encroaching urban populations who like to use same land for hiking and dog walking.

"It's not so much a safety issue. It's a social conflict issue," said Frank Jenks, a natural resource specialist with Interior's Bureau of Land Management, which oversees 245 million acres. He adds that urbanites "freak out" when they hear shooting on public lands.

If the draft policy is finally approved, some public access to Bureau lands to hunters would also be limited, potentially reducing areas deer, elk, and bear hunters can use in the West.

Writing off the red states in advance of the election?


Squeezing out shooters, says the draft policy, is needed because, "As the West has become more populated, recreational shooters now often find themselves in conflict with other public lands users, and the BLM is frequently called on to mediate these conflicts."

Wouldn't it make more sense to ban the urbanites who "freak out" when they hear guns?