Black Friday at the Beach 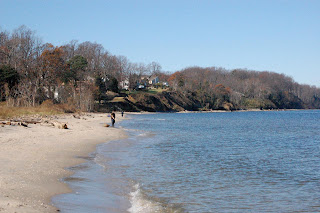 Another really nice day.  I would have to say we're beating the odds for getting good weather in November.  No wind to speak of, blue skies and mid 50s F temperature. 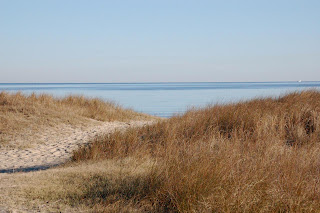 I drug the big camera (Nikon DSLR) down this morning, hoping the eagle would make a showing.  This was the first day in months I didn't see one... 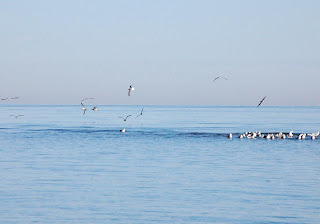 I found out later, the settings on the camera had been set to low light (high ASA) as a result of something i tried months ago.  It really didn't help the photos much... 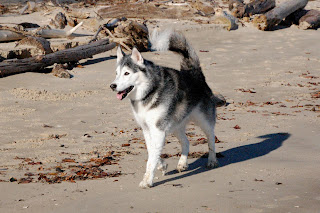 Skye is just amazing lately. After months of getting lame after a long walk, she seems like a puppy again.  I wish I knew what we were doing right, I'd try it myself. 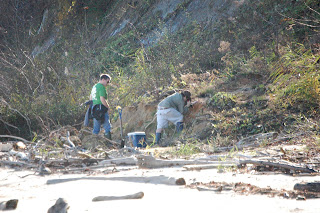 A father and son team digging for teeth in the dirt that has slid off the cliffs.  They were new at the game, and wanted pointers. I told them it was easier to see them at the waters edge. 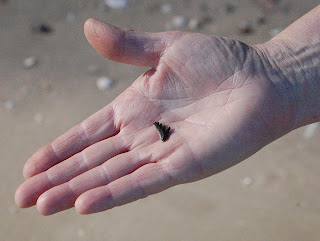 Today was just fair, I found 13 teeth, none of them terribly exciting.  Georgia, however, found this Cow Shark tooth, which we find only rarely. 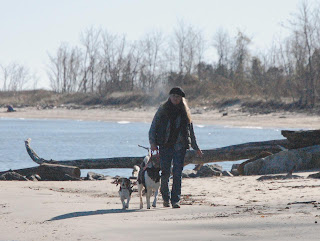 A lot of people were out on the beach today. 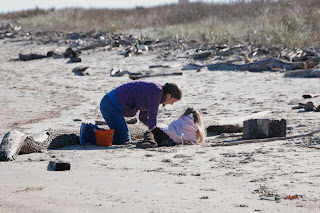 And this mother and daughter were using the last few nice days for some sand castle work
Posted by Fritz at 3:27 PM