What a Day at the Beach 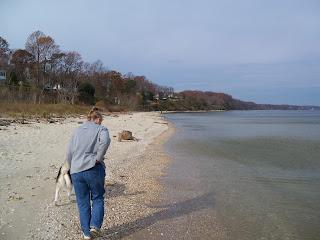 Here it is, mid November, and the temperature was 60 F, the sun was attempting to shine through some light clouds, and the wind, while 20 mph, was almost entirely offshore, all of which resulted in a great day to walk the beach.  We aren't likely to get anything better for a long time now 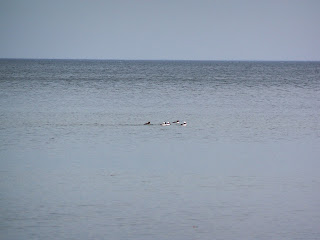 As I said yesterday, the Bufflehead ducks are here.  They're just cute as buttons, don't you think? 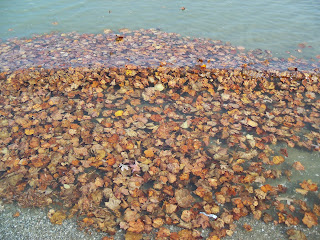 The offshore winds the last couple of days have blown lots of leaves into the bay.  Well, it's better than having them land on my lawn. 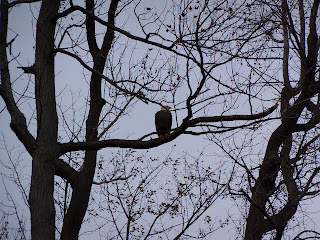 The eagle was not in his/her accustomed tree when we walked by, but rather half a mile further down.  I'm pretty sure it's the same one, because it just watches us go by.  Most of them get up and leave when we get close. 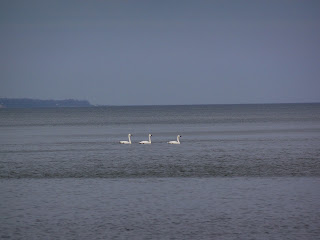 There are still only three Tundra Swans.  I expect more to show up one of the these days. 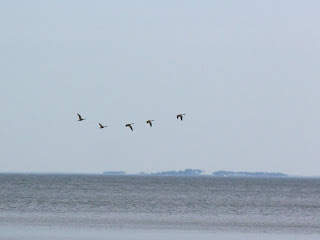 We did have a small flock of Canada Geese fly by.  We don't see many Cans out on the Bay; we're far more likely to see them siting in farm fields on our way to and from work, or even have them fly over the house. 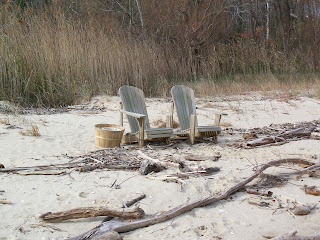 Looks like somebody salvaged a pair of connected Adirondack Chairs for viewing.  We walked further than we have in a while.  A good low tide let us by, and the girls were feeling sprightly... 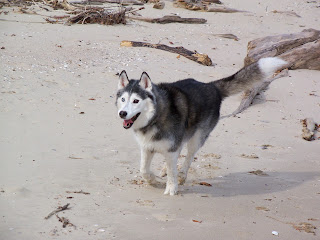 Skye was just full of it today. 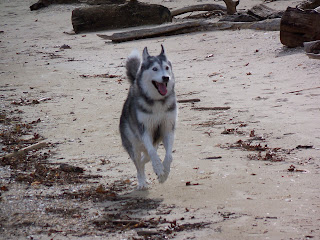 She's not even limping around that badly tonight (of course, she's had her Deramaxx). 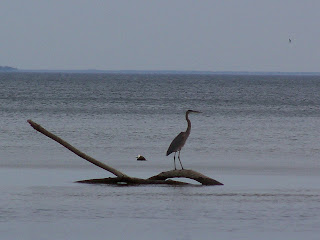 One of the Great Blue Herons perching out on a piece of driftwood stranded in shallow water. 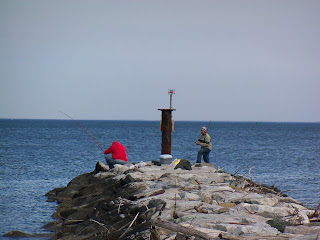 A couple of optimists, fishing off the jetty at Flag Harbor.
Posted by Fritz at 7:08 PM