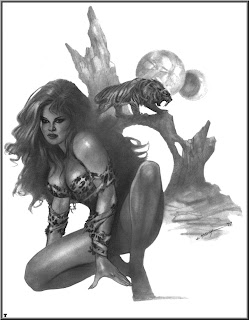 The fearsome sabre-toothed tiger may have hunted in packs like the modern-day lion, scientists believe. New research points to the prehistoric big cat being a social animal rather than a solitary hunter. Modern day carnivores in Africa were used in an innovative experiment to see how many could be lured to a kill and the results were compared to a site rich in fossil deposits of the sabre-tooth. Similarity between the two led the scientists to conclude that the sabre-toothed tiger -or cat - probably belonged to a pride or pack.
...
Bones from nearly 2,000 individuals have been recovered from Rancho La Brea in California. Located in urban Los Angeles it is a collection of ancient tar pits which have yielded huge amounts of fossils. It is thought animals from as far back as the last Ice Age died trapped in the pits with the tar preserving their fossilised remains.

Scientists led by the Zoological Society of London and University of California looked at the remains of sabre-tooths which probably died trapped in the tar after being attracted by distress calls from the grazing animals they hunted. They compared numbers with carnivores who turned up when similar recorded distress calls were made during experiments in Africa. The technique has been used to estimate carnivore densities in eastern and southern Africa. The results, published in the Royal Society's journal Biology Letters, showed that large social species made up a far greater proportion of the individuals attracted than expected considering its population size compared to other carnivores. They turned up 60 times more often than expected on the basis of their numbers. The sabre-tooth appeared in comparable proportions at Rancho La Brea which led the study to conclude that it operated in a similar fashion to lions or hyenas....

"A variety of species, including both the sabre-toothed cat and early humans, have been dependent on scavenging as a food source and are likely to have evolved more complicated social organisation in order to optimise their caloric intake."

Humans have also "adopted" predator species that developed an level of social organization that makes them amenable to living in conjunction with men, the classic examples being wolves, which developed into dogs, cats, in which case it's unclear who adopted who, and ferrets. 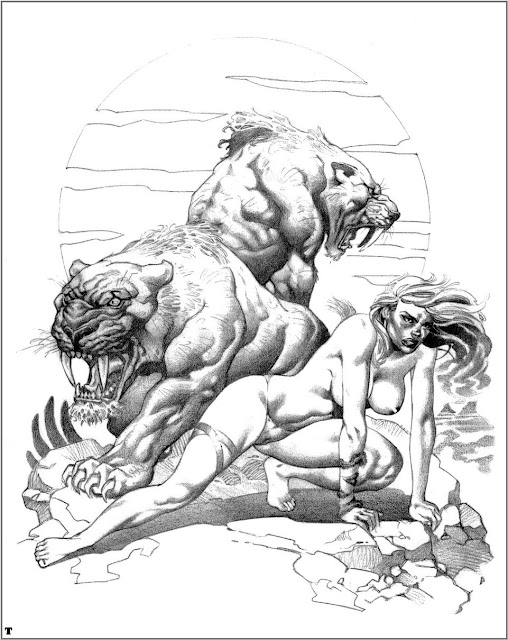