Go Ahead, Double the Bacon

Saturated fat is making a comeback
The money quote (acronyms filled out): 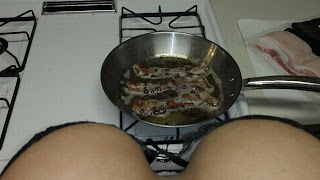 In other words, calories count, but it's better to reduce calories by reducing the amount of carbohydrates in the diet than reducing saturated fat.  Robert Atkins is chuckling from the grave.