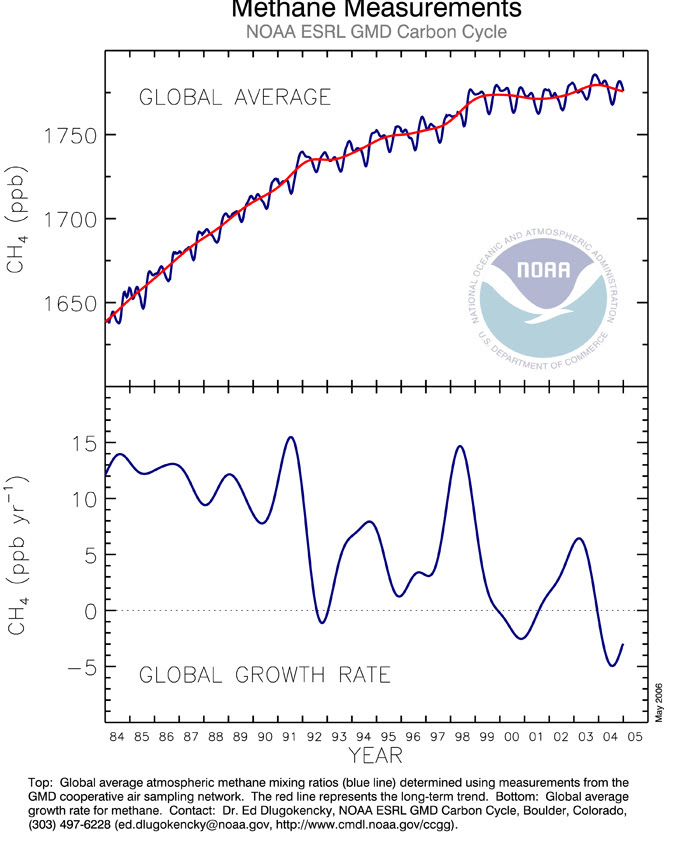 One of the images in this video shows gases rising from a natural gas processing center in Western Maryland, the Texas Eastern Transmission LP compressor station, located near a town called Accident, Maryland. The facility self-reported to the Maryland Department of the Environment that it released 1,038 tons of methane in 2010, which was more than double the 483 tons of methane that it released in 2009, according to the state agency. The 2010 emissions were roughly the equivalent of the total annual greenhouse gas emissions from a town of 3,750 average Americans, according to an estimate by Dr. Robert Howarth of Cornell.

I'm not all that worried about methane and it's greenhouse potential.  Despite the talk of how strong a greenhouse gas methane is  (roughly 75 times that of CO2), the concentration of methane in the atmosphere is much smaller than CO2.  Current CO2 concentrations are ~400 parts per million (ppm), while methane concentrations are about less than 2 ppm and declining (see graph above), so its contribution to holding heat in the atmosphere is also declining.  Hey, maybe that accounts for the fact that the globe hasn't actually warmed in the last 15 years.
Posted by Fritz at 7:45 PM