Turkey Day +2 At The Beach 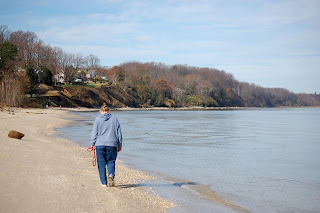 Another really nice day at the beach!  Partly cloudy, with the approach of a front for tomorrow.  Temperature was 60+ F, the tide was low, and the wind was nothing (it did rise a little later, just enough to keep us from getting hot in our somewhat unnecessary extra layers of clothes). 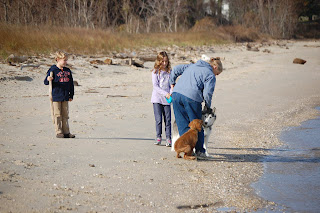 Skye was having a blast.  Lots of people on the beach, including her favorites, puppies and little kids.  As Insanity Puppy says:  "I love children...

But I couldn't eat a whole one." 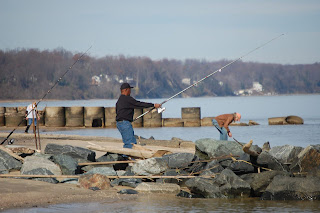 An optimist trying to catch fish off the beach.  When I went past an hour later on the return trip he hadn't any yet.  It's a good way to waste a Saturday, though. 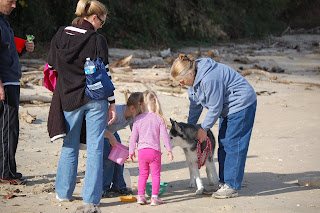 It was a great day for finding teeth.  I ended up with 32 found (Georgia had 5 or 6 too), so even though I gave a bunch away to kids, I came out way ahead. 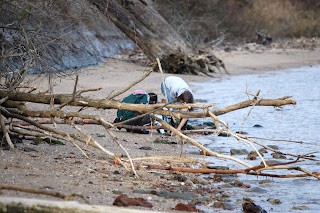 I met these girls up looking for scallop shells up the beach.  I found out they were from the "Extinct Animals" class we saw on the beach a couple of weeks ago.  They were doing a project for the class, something having to do with measuring the growth rates the scallops from the lines in the shell. 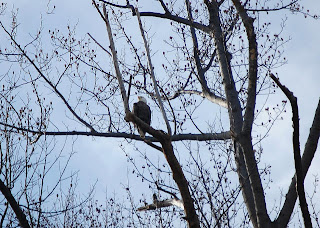 
The eagle was back today, well up the beach away from the mob, but he steadfastly refused to fly, so I only got this sitting shot. 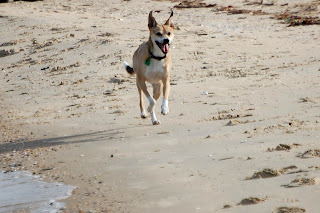 Somebodies little dog came running up as I got back to the start of the beach.  Kind of a funny shot; maybe I should sign up for Reddit and put up... 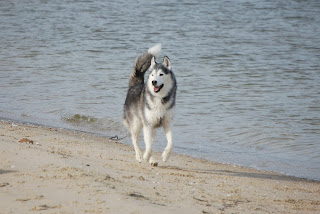 Skye showing she can still do it. 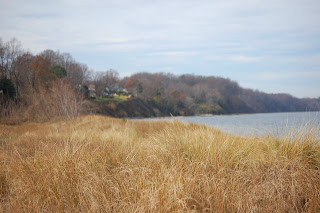 Last look back as we cross through the dunes to the parking lot.  It's still hard to believe the weather for November has been so good.
Posted by Fritz at 5:08 PM