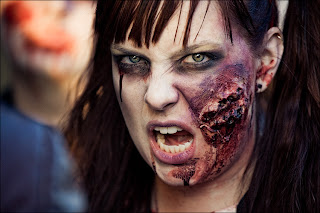 The zombie protesters wore white make-up, drew black circles around their eyes and had fake wounds on their faces. They walked and groaned through the mall, often transfixed on shiny items in store-front windows. 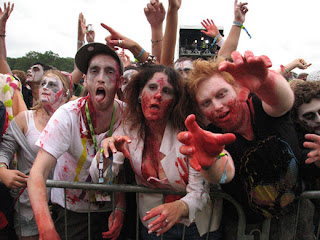 I can see where an occupier might be confused with a zombie; having similar levels of sanitation and intellect.


A Lower Allen Township officer told Hara to either wash her face or leave the mall, police said, advising her that a refusal to do so would result in an arrest. Hara said she asked the officer about the policy three times before she was arrested on a misdemeanor trespass charge and taken to Cumberland County Prison for processing. All of the other zombies complied by either washing their faces or leaving the property, police said. 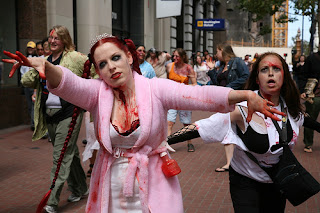 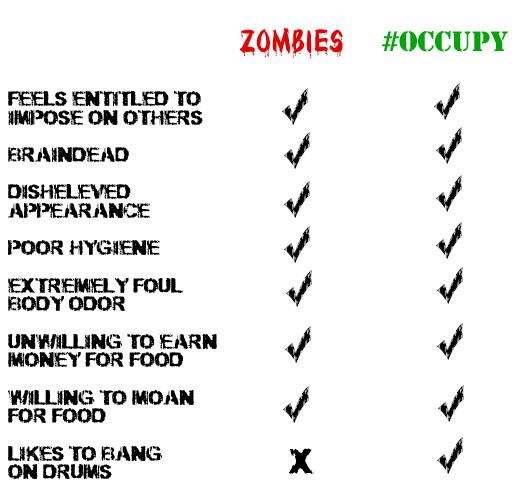 Story and checklist via Jawa Report