Parents, Let 'Em Get Down and Dirty 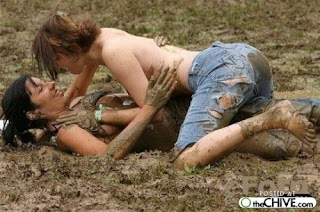 
Researchers at the University of Copenhagen studied 411 children for 12 years from birth, and identified a direct link between the number of different bacteria found in their bodies and the risk of developing allergies later in life.

Professor Hans Bisgaard, who led the study, published in the Journal of Allergy and Clinical Immunology, said: ‘What matters is to encounter a large number of different bacteria early in life when the immune system is developing and 'learning'.

‘Our new findings match the discoveries we have made in the fields of asthma and hay fever.’

That's always been my belief.  When I was a kid, I had asthma.  At the time, the medical dogma was to get rid of as much dirt as possible.  No rugs,constant cleaning.  Drove my poor mother nuts.  Now I don't worry about it so much.  You can get seriously infected from dirt and dirty water, but by and large people are equipped to deal with the run of the mill bugs in most of the wild.