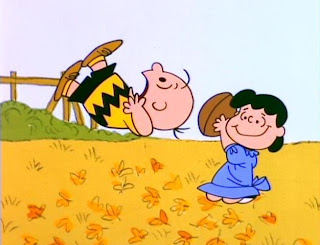 And by Lucy, of course, I mean President Obama. Obama USDA delays shale drilling, up to 200k jobs


President Obama's United States Department of Agriculture has delayed shale gas drilling in Ohio for up to six months by cancelling a mineral lease auction for Wayne National Forest (WNF). The move was taken in deference to environmentalists, on the pretext of studying the effects of hydraulic fracturing.

“Conditions have changed since the 2006 Forest Plan was developed," announced WNF Supervisor Anne Carey on Tuesday. "The technology used in the Utica & Marcellus Shale formations need to be studied to see if potential effects to the surface are significantly different than those identified in the Forest Plan." The study will take up to six months to complete. The WNF study reportedly "will focus solely on how it could affect forest land," despite the significance of hydraulic fracturing to united proponents of the delay, "and not how it could affect groundwater."

Death by Environmental Impact Report; an ugly way to die.  Fracking, as we have documented over and over, has been shown to have relatively minor environmental impacts on ground water.  I presume that the current study will focus on the fact that to extract shale gas in forests, roads and work sites will need to be constructed to the sites.  These roads will not differ substantially from the types of roads that carry trucks in to remove lumber, and the cleared ares for fracking will not differ substantially from areas cleared from lumber operations etc.  The forest EIR should be an entirely trivial extrapolation from previous ones.  And the result?


The Ohio Oil and Gas Energy Education Program (OOGEEP) recently estimated that drilling in the Utica shale, which is affected by the suspension of the mineral lease auctions, would produce up 204,500 jobs by 2015. [Update: the USDA estimates that the creation of only a few dozen to 200 jobs will be delayed by this study.]

That, of course, assumes that the EIR is completed on time (bets anyone?), that they do not find the need for "further study" of the issue, or that they do not find what they consider disqualifying problems.  Six months, eh? So about May we should find out if they're being honest, or the can will get kicked down the road again until after the election, like the recent Keystone Pipeline non-decision.

In fact, the true opposition to fracking is almost entirely based on the notion that a new source of natural gas should not be tapped since it will inevitably lead to the natural gas being burned, and the CO2 being released to the atmosphere.  Of course, if gas is not obtained from the Marcellus shale, we will simply be forced to import the energy equivalent from abroad.

Somewhere on the web recently I read a comment to the effect that Obama simply does not like to see new jobs that don't depend on government. That would explain why it seems he would rather dump billions into failed "green energy" projects such as Solyndra, than to allow private enterprise to produce new jobs at no cost to the government.