Was T. Rex a Pack Animal?


Tyrannosaurids, including the Tyrannosaurus Rex, have traditionally been portrayed by experts as formidable but solitary and dull-witted creatures because their skeletons were found alone. But new research based on finds in the Gobi Desert suggests that the species was not only equipped with the build and speed for pack hunting, but also the brain capacity to work together as a team, experts claim.


Dr Philip Currie, of the University of Alberta, said that evidence from 90 skeletons of Tarbosaurus Bataar – a cousin of the Tyrannosaurus Rex – suggested strongly that about half a dozen of the dinosaurs were part of a social group that died together. He said Tyrannosaurids' hunting technique may have involved juveniles chasing and catching prey, with fully grown adults taking over and delivering the fatal bites.

This is because younger Tyrannosaurids' skeletons show they would have been faster and more agile than adults, which were slower but much heavier and more powerful.

Another victory for the predictive powers of the "Dinobabe" artists... 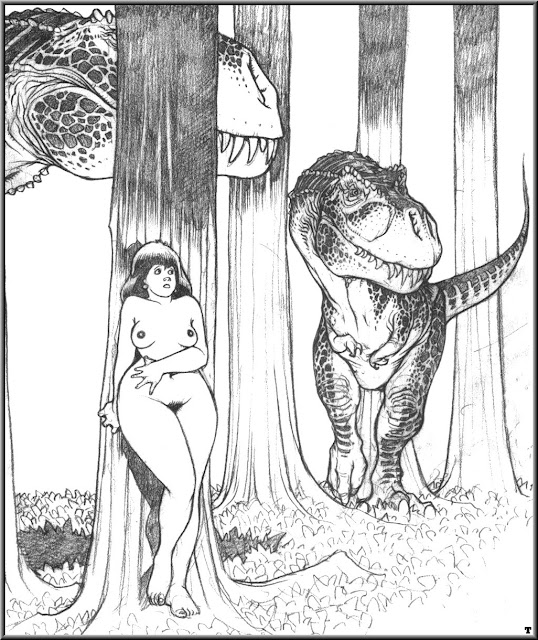