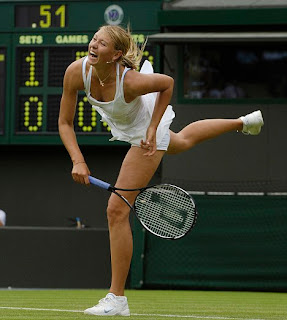 Tennis fans who have suffered years of headaches from the incessant grunting of top players have finally got their wish - a device that fades out the squeals.

As a result of complaints about ear-piercing screams, the BBC has produced a noise-reduction programme called Wimbledon Net Mix, which allows internet users to turn down howling and increase commentary volume.

Wimbledon bosses have also admitted that the grunting of top tennis stars like Maria Sharapova, whose record-breaking screams often exceed 100 decibels, do make millions unhappy and want it reduced.

The free product is now available on BBC Radio Player and has a mixing desk allowing fans to fade up and down noises to get the perfect listening experience.

For the moment, Net Mix will only allow listeners to play with the sound on Centre Court matches...

What a bunch of babies; being offended by the girls noises.  That wouldn't upset a NASCAR fan. 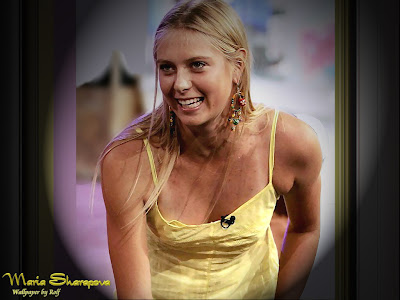