I ran into a news article the other day that said that Gene Simmons of KISS and his long time girl friend, Shannon Tweed, had been on the Joy Behar show, and when asked about his famous claim of having bedded 5,000 women, he laughed it off. But apparently Shannon didn't, and stormed off the set. That report triggered a few old neurons.


Shannon Tweed, wasn't she a Playboy Playmate or something or something?  Well actually yes, she was both Playmate of the month back in 1981, and Playmate of the Year in 1982, when she was one of Hef's "special" friends.  Hey Shannon, if you're tired of Gene and his infidelities, I hear Hef might looking again/still... 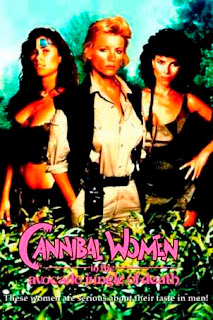 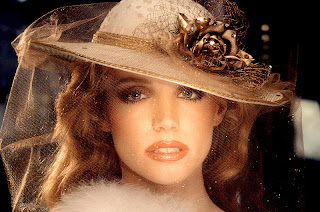 The U.S. government grows worried for the nation's avocado supply after some confrontations with the "Piranha" tribe of cannibal women, who live in the mysterious "Avocado Jungle" (westernmost outpost: San Bernardino) and ritually sacrifice and eat men. The government recruits Margo Hunt (Tweed), a professor of feminist studies at a local university, to travel into the Avocado Jungle and make contact with the women to attempt to convince them to move to a reservation/condo in Malibu. Along the way, she and her travelling companions -- male chauvinist guide Jim (Maher) and ditzy undergraduate Bunny (Karen Mistal) -- meet a tribe of subservient men called the "Donohue" (a reference to talk-show host Phil Donahue) and face dangers in their path. 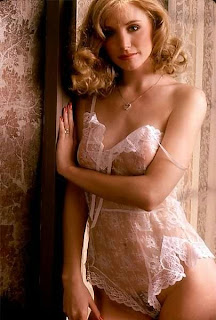 In 1985, she hooked up with Gene Simmons of KISS, and though they have never married, they have produced 2 children, and ultimately, a reality TV show "The Gene Simmons Family Jewels", which I've also never watched...  I hear her sister Tracey, also a former Playboy model, occasionally checks in.

She has also kept more or less busy with TV work, with occasional roles in such things as 142 episodes of "Days of our Lives", "Baywatch, Hawaii" (naturally), "Murder, She Wrote", "Wings", and "Sponge Bob, Square Pants" (I really need to find out just how they worked that in...) 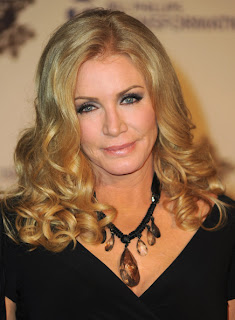 Looking a bit older now (hey, it happens), but still good, she appears to do what stars do. Go to cancer benefits, go on TV with Joy Behar (I guess someone has to do it), and continue the reality show.

It's a long way from daddy's mink ranch in Labrador.

I thank the Rule 5 Wombat at The Other McCain for the link in his weekly collection.  And check out Brother Ted's homage to Jewel Staite.  And in the "Better Late Than Never" category, the Classical Liberal; check out his compendium!
Posted by Fritz at 6:56 AM