With an innovative camera due out later this year from a company called Lytro, photographers will have one less excuse for having missed that perfect shot.

Lytro's camera produces files, like this one, where a user can click on an area to bring it into focus.

The company’s technology allows a picture’s focus to be adjusted after it is taken. While viewing a picture taken with a Lytro camera on a computer screen, you can, for example, click to bring people in the foreground into sharp relief, or switch the focus to the mountains behind them.

...The Lytro camera captures far more light data, from many angles, than is possible with a conventional camera. It accomplishes that with a special sensor called a microlens array, which puts the equivalent of many lenses into a small space. “That is the heart of the breakthrough,” said Pat Hanrahan, a Stanford professor, who was Mr. Ng’s thesis adviser but is not involved in Lytro. 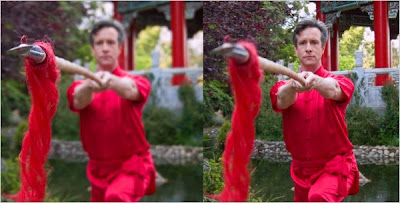 Autofocus is nice, but it takes time, and limits your choices.  But certainly such advanced technoology will cost an arm and a leg, right?


Lytro is not saying what the price of its first camera will be, but insists it will be for the consumer market, which suggests a price of a few hundred dollars. The company is also not being more precise about when the camera will ship. It will initially be sold through online retailers like Amazon.com and Lytro’s Web site.

Seen at Althouse.
Posted by Fritz at 8:53 PM

Email ThisBlogThis!Share to TwitterShare to FacebookShare to Pinterest
Labels: photography