Thanks for the Inspiration, Dad!

My Father is a remarkable man. Much of his history is dim to me; I've heard bits and pieces of it, never hearing it all put together.  I'll probably get much of this wrong, but well, here is what I think I know.

He was born in mainland China near Hankow in the late 1920s, one of a brood of seven children of a Lutheran missionary and his wife.  They came back to the states in his by the time he was a teenager, although his father went back to China, and when the communists took control of China, he moved to Taiwan, where he stayed until near the day he died.

He was in college when World War II broke out, and instead of joining the military, he joined the Merchant Marine.  He went to the Merchant Marine Academy at Kings Point, New York, graduated, and went to serve on the Liberty Ships.  His first ships sailed the North Atlantic; he talks of one ship in a convoy being struck and sunk by a single bomb from a single German airplane.  He visited many ports, but the only one I know for sure is in Egypt; I have a pair of brass vases he had made from artillery shell cases, chased with copper and silver wire, by a roadside vendor.  I also heard that he and friends put a jeep engine in a ships lifeboat, and used it as a runabout.  He claims it was scary fast. He must have met my mother during this period, at church I think, back in his home port of Baltimore. 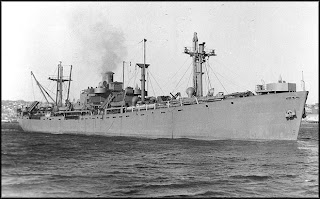 Later, he was moved to ships in the Pacific. I have heard no combat type stories, but he and mother speak of a funny one.  Apparently, one day out of boredom, he wrote my mother a letter claiming he had been taken ill by some mysterious tropical ailment, and that his shipmates, out of fear of contagion, had confined him to a lifeboat being towed behind the ship.  She took it seriously, and had it published in local paper.  Surprisingly, she married him anyway...

After the war, they were married in Baltimore, and shortly thereafter, crossed the country in a Hudson Terraplane, a 1936 IIRC.  Apparently the car was quite troublesome, and barely made it over the Rockies.

They settled in Los Angeles, where dad got into UCLA as a music major. He was, almost from the beginning, continuously involved in being the music director in various churches. All this time I was growing up in L.A, he was the "Minister of Music" at a local Congregational Chruch (even though he espoused agnosticism at the time).  The minister used to occasionally make jokes about converting him.

I was their first child, and was born in 1951, so after this point, the history becomes a little clearer. As early as I can remember, he was a teacher, first a Junior High School, and then at a Senior High.  He taught many subjects, but by the time I was aware, he was teaching primarilly chorus and music.

Besides his teaching he was active in many other areas.  He and a few friends formed the first chapter of the teachers union in his district (I still remember the words to Joe Hill by heart), and was the first chapter president.  Much the same group started a Credit Union for the teachers.

When I was 6, he bought two houses out of the path of a freeway.  One he moved behind our house in Culver City, which he used as a rental.  The second, he sawed in half, and had the pieces moved up the San Bernadino Mountains, to some lots in Deer Lodge Park near Lake Arrowhead, where he reassembled them as a vacation house.  We had many wonderful trips to that cabin.

At some point, his voice began to give out from overuse, and he switched from teaching chorus to teaching ceramics.  He took a summer course in ceramics, and started his first class 6 weeks ahead of his students. In High School, I took ceramics from him (I went to the same school he taught at).  He tried to make an objective grading system (or more objective than usual), giving points for number and quality of projects completed, but I gamed the system, and got an "A" for a large number of crappy projects.

He and the same (or at least overlapping) set of people who started the teachers union also started a law school.  The story goes that several of them, tired of teaching, decided to become lawyers (not dad).  They got into various law schools and decided that they could run one better than what they were experiencing. So they did.  They started a non-profit school, the University of West Los Angeles (which exists today), and hired instructors, and became the various officers of the school.  Dad became the president, which, as he explained, included such jobs as fixing the toilets.  I remember helping paint some of the class rooms the first year in summer, to make ready for the first class. At some point, they got into issues of accreditation, and he and much of the original cast of characters (especially the non-lawyers) were forced out.

With much of the same cast of characters, he formed a corporation with 21 other families and bought some land in Oregon, both as investment and as a vacation site, a total of about 2000 acres.  He was also President of that corporation for many years. Named Walden III, the land was only recently sold.  Again, it provided many wonderful opportunities.  Ted and I used it quite a lot when I was a grad student at Oregon State University, and Ted was an undergraduate, and a business owner (gun store, naturally).

He and Mom retired and moved up the coast to Pismo Beach, where they had a lovely house overlooking the Pacific from the cliffs, where they lived for many years.  More recently, they sold the beach house, and moved up to Murphys, California near Ted, where they help tend the grandchildren.  They live there still.

UPDATE!  As expected, my knowledge/memory was a little fuzzy on some issues.  Mom sent me a nice email saying that both she and Dad had read the post, and appreciated it very much, but they had some corrections to make.   Dad was born in 1924 (not the late 20's as I said above).   OK, it was late, and I was lazy with my math.  Dad did not pull the lifeboat prank on her, but rather his mother.  The end of the law school adventure was infinitely more complicated than the way I told it.  The old guard was not forced into retirement, but stepped to lower positions, and retired on the 25 anniversary of the founding of the school (still a brief version, but close enough).  She also reminded me of several other adventures of his, including a bookstore and a furniture/knick/knack store (both economic flops), and an adventure in pier ownership that was a financial winner, but a supreme mess.
Posted by Fritz at 3:03 PM

Email ThisBlogThis!Share to TwitterShare to FacebookShare to Pinterest
Labels: Me, mushy stuff