"The day of reckoning is upon us when it comes to Crossfire Hurricane," he said.

"I appreciate Mr. Comey coming before the committee and he will be respectfully treated but asked hard questions. We are negotiating with [former Deputy FBI Director Andrew] McCabe; we are hoping to get him without a subpoena -- time will tell."
. . .
"Mueller has declined the invitation to the committee to appear to explain his report," Graham said. "[Mueller] says he doesn't have enough time."

I  can well imagine why Mueller might not want to come to a Senate panel after it was revealed that all his underlings managed to deleted or obscure their cellphones contents before handing them over to IG Horowitz. But then, Mueller was never really in charge; subpoena Andy Weissman, who deleted not one but two phones, and Mueller's handler Deputy, Aaron Zebley and ask them. More from Chuck Ross at Da Caller, Comey Will Testify Before Senate Panel On Sept. 30; Mueller Declines Hearing Invite. From the unfortunately paywalled ET, Besides 22 Wiped Devices, 44 Mueller Team iPhones Had Zero Records. They're all willing participants in a conspiracy to obstruct justice.

Via the Wombat's In The Mailbox: 09.17.20, Jordan Davis at Da Fed reminds us that the FISA Court Confirms The Government Lied In Every Spy Warrant Application Against Carter Page

The ruling states that the information produced by the FBI’s unlawful investigation into Page was illegally obtained and that it “found violations of the government’s duty of candor in all four applications.” The ruling also orders the government that “it must temporarily retain, and potentially use and disclose, the information collected, largely in the context of ongoing or anticipated litigation.”

And yet, as noted by Chuck Ross at Da Caller,  Senate Democrats, Including Kamala Harris, Call For Investigation Into Durham Probe. They're trying to smear it in advance, knowing that it will be harmful to Democrats.

WaPoo gleefully reports that FBI director affirms Russia’s aim to ‘denigrate’ Biden ahead of election. Me too.

But the FBI director also warned that too much focus on disinformation could be debilitating, causing Americans to distrust the democratic process itself.

“In many ways, what concerns me most is the steady drumbeat and misinformation” that could lead to “a lack of confidence of American voters and citizens in the validity of their vote,” Wray said.

The danger, he added, lies in the “level of noise” becoming so great that a sense of futility sets in among some Americans.

“I think that would be a perception, not a reality. I think Americans can and should have confidence in our election system and our democracy,” he said.”

And a Red Alert from Da Beast, U.S. Intel Repeatedly Warned About Rudy’s ‘Russian Agent’ Pal. But then, they repeatedly warned about Carter Page who turned out to be CIA asset.

But I'm more worried about China than Russia. WaFreeBee, Hunter Biden Offered D.C. Access to Chinese Company in Exchange for Investments. But it's not just China, from the Wombat's In The Mailbox: 09.17.20, Alex Plitsas at Da Fed reports that Leaked 2016 Call Reveals Joe Biden Risked National Security To Sabotage Trump

A recently leaked phone call between then-Vice President Joe Biden and Ukrainian President Petro Poroshenko directly after the 2016 presidential election shows that Biden sought to sabotage the incoming Trump administration before Donald Trump even took office, and much worse.

During the course of the call, Biden badmouthed the incoming administration, saying, “The truth of the matter is that the incoming administration doesn’t know a great deal about [Ukraine]” and that they were unprepared for the transition. This in itself is inappropriate, but it was meant to set the stage for Biden’s next statement and future plans.

Biden then told Poroshenko, “I don’t plan on going away. As a private citizen, I plan on staying deeply engaged in the endeavor that you have begun and we have begun.” In a matter of moments, Biden undermined the incoming administration, branded them as not knowing anything about Ukraine, and attempted to set up a foreign policy backchannel for himself after he left office as a private citizen, which could violate the Logan Act.

We need to decide whether the Logan Act is constitutional once and for (I think it isn't). Biden would make a good test case, considering he advocated using it against Gen. Flynn.

John Solomon at JTN reports that Treasury flagged foreign money flowing to Hunter Biden-tied firms as ‘suspicious’  "Senate panels investigating whether law enforcement, U.S. intel turned blind eye to concerns." But according to the AP Pierre Delecto Mitt Romney says fellow Senate Republican Ron Johnson’s probe into Biden son is not a legitimate function of government. Of course, one of Pierre's advisors is in bed with Hunter too.

At the War Room, Lee Smith: Military Officials Like Mattis Being Involved in “Transition” Scenarios is “Extremely Troubling”

When we're talking about the Permanent Coup, the idea that former senior military officials like Mattis are involved in this is now extremely troubling#WarRoomPandemic pic.twitter.com/30vDuplRxw

And finally, Ace takes Russiagate alum Michael Cohen to task:  In Secret Audio Received by the Daily Mail, Michael Cohen Laughs While His Friend Drools Over Cohen's Own 18-Year-Old Daughter and Guessing Her Breast Size. Well, I'll be the judge of that. . . 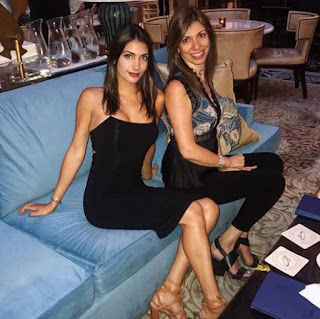 EXCLUSIVE: 'Look at this body man.' Listen to Michael Cohen laugh while his friend drools over his teen daughter Samantha and tries to guess size of her breasts, prompting Trump's ex lawyer to whip out her Victoria's Secret modeling photos 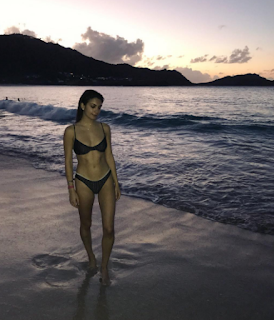 Trump's former personal lawyer chats at length with the unknown friend over the course of the five-minute recording, agreeing Samantha is 'something'

The audio appears to have been recorded in late 2013 or early 2014; Samantha would have been aged 18 at the time

Upon seeing a photo of Samantha, the man exclaimed: 'What the f**k is that? Holy s**t. My god. Holy s**t, she's gorgeous'

He continues: 'What is she B-cup, C-cup? She's a good looking girl, man. Gorgeous. Look at this body, man' 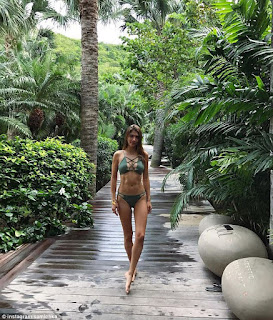 Cohen, 54, then digs out pictures from a shoot Samantha had done with a Victoria's Secret photographer Russell James

A photo from Samantha's Instagram account posted on December 13, 2013, shows her posing with James, who sheepishly blocks out her cleavage

Yep, she's moderately hot. How did scum like that produce her?