Forget It Jake, It's Baltimore: Italians Take Back Columbus 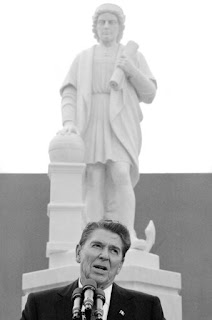 Remember how a BLM riot in Baltimore resulted in Columbus' statue being beheaded and dumped in the harbor? Remember how Baltimore's extensive Italian community came together to rescue the statue from the harbor? Baltimore’s Toppled Christopher Columbus Statue Set To Be Returned To Original Owners


The City of Baltimore is officially returning the toppled Christopher Columbus statue to its original owners. The agreement is set to be finalized during Wednesday’s Board of Estimates meeting. The Christopher Columbus statue was gifted to the City of Baltimore in 1984 by Italian American Organization United. At that time, the city agreed to maintain the property and the statue. 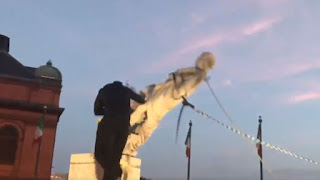 
On July 4, 2020, there was both celebration and condemnation after protesters tore down the monument and tossed it into the harbor.

Members of Baltimore’s Italian community retrieved portions of it from the water with hopes of restoring the statue.

John Pica is a former Maryland State Senator and the President of Italian American Organization United.

“We have received a lot of donations and contributions from people inside Maryland and outside Maryland, from individuals whose emotions range from concerned to being outraged at what happened,” Pica said. 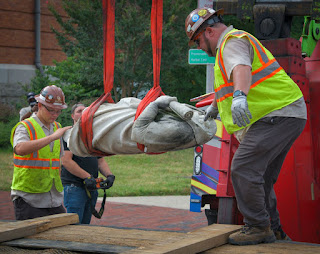 “We are not going to bring the statue back to the Columbus Piazza in Little Italy. It’ll be located or relocated at a safe location,” Pica said.

Pica said moving forward, the group is working with its local councilman to possibly rename this plaza and to display a different Italian figure on the existing pedestal.

One idea is to place a statue of Mother Cabrini, who was a major supporter of Italian immigrants in the early 1900s.