From "Cayde-6" at the United Wildlife Union, Why White People Owning Dogs is Racist

Way back in time, almost 12,500 years ago, the first canines were becoming domesticated. Through toil and hardship, people had earned the trust of our now beloved best friends.

The symbiotic relationship between dog and woman was very groundbreaking, as humans had never been this close to an animal before.

Humans would provide shelter and care for the dogs, and in turn, the dogs would hunt and fetch firewood for humans. The reason I am detailing this history for you is so everyone understands the importance of the events that took place all these years ago.

I take a little issue with the date, I suspect it was much longer ago.

According to bio-archaeologist Gregor Larson, the domestication of dogs started in 2 places: Eastern and Western Eurasia. The Eurasian people worked non stop to gain and maintain the trust with these gorgeous creatures, but it was all stolen from them.

Shortly after the Eurasian people worked so hard to train and bond with wolves, most of them were shipped off and given to Europeans.

These filthy white savages took the work and credit from the Eurasian people and branded these magnificent creatures as their own.

The need for white people to claim premade or pre-discovered things is not isolated to just this incident. Countless times in history, whites have been caught stealing the work and talent of POC for their own success.

He must really hate himself. I'm pretty sure dogs spread by being swapped and sold (value for value), and also camp following, much like they are today. 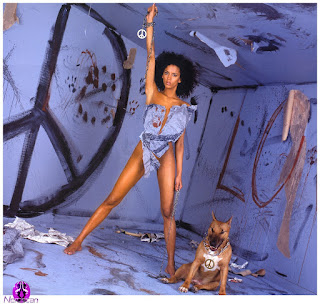 Honestly speaking, we shouldn’t be surprised that white people would steal the domestication of dogs as well. Based on historical knowledge, this behavior will not slow down within the white community.

If you are white and own a dog, you are openly participating and advocating for cultural appropriation and colonialism. Reinforcing this culture is NOT acceptable and will come with its repercussions.

Dogs are and always will be the living reminder of how tainted our history is as a whole. POC deserve to exclusively own dogs as a form of restitution for their stolen ancestor’s work. Supporting the idea of white dog ownership is spitting on the grave of past POC generations.

I'll bet he got bit by a dog when he was a kid.

With International Dog Day coming up, it is important we remember and advocate for the work of POC, and never let this unbalanced history be forgotten.
If you are white and own a canine, please consider donating them to a local POC family or non kill shelter so it can truly find the perfect home.

I'm sure Michael Vicks bait dogs would have a slightly different opinion.

Cayde is a father to two and a lifelong conservationist. When not committing time to the local zoo, Cayde spends his time creating and disseminating educational materials for local schools that help kids understand why protecting animals and LGBTQIA+ rights is so important.

People like this just look for something people they don't like (e.g. flyover redneck Trump supporters) generally enjoy, and construct a fantasy about why they should have it denied them. On the other hand, I can say it's probably a good thing he doesn't own a dog.

Linked at The Daley Gator in And, the Left might have hit the bottom of the Pit of Identity Politics. The Wombat has Rule 5 Sunday: Elizabeth Taylor ready for your digital enjoyment.