Pop music megastar Lady Gaga is being honored with the name of a new genus of ferns found in Central and South America, Mexico, Arizona and Texas. A genus is a group of closely related species; in this case, 19 species of ferns will carry the name Gaga.

At one stage of its life, the new genus Gaga has somewhat fluid definitions of gender and bears a striking resemblance to one of Gaga's famous costumes. Members of the new genus also bear a distinct DNA sequence spelling GAGA. 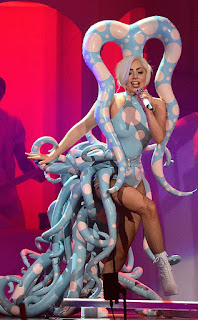 Is this one the little monster?


Two of the species in the Gaga genus are new to science: Gaga germanotta from Costa Rica is named to honor the family of the artist, who was born Stefani Germanotta. And a newly discovered Mexican species is being dubbed Gaga monstraparva (literally monster-little) in honor of Gaga's fans, whom she calls "little monsters."

"We wanted to name this genus for Lady Gaga because of her fervent defense of equality and individual expression," said study leader Kathleen Pryer, a Duke University biology professor and director of the Duke Herbarium. "And as we started to consider it, the ferns themselves gave us more reasons why it was a good choice." 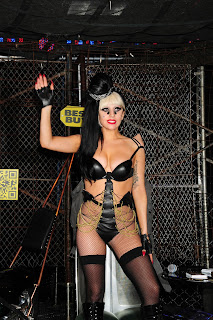 Even scientists are allowed to be stupid in their taste in music.

For example, in her performance at the 2010 Grammy Awards, Lady Gaga wore a heart-shaped Armani Prive' costume with giant shoulders that looked, to Pryer's trained eyes, exactly like the bisexual reproductive stage of the ferns, called a gametophyte. It was even the right shade of light green. The way the fern extends its new leaves in a clenched little ball also reminds Pryer of Gaga's claw-like "paws up" salute to her fans. 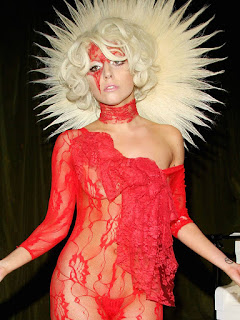 I wonder if she knew it looked like a ferns sex parts?

The clincher came when graduate student Fay-Wei Li scanned the DNA of the ferns being considered for the new genus. He found GAGA spelled out in the DNA base pairs as a signature that distinguishes this group of ferns from all others.

One of the best things about discovering (or splitting out) a new organism is the naming rights. You get to name it after just about anything, yourself, your wife, your major professor, your favorite sport, etc. You might even try obamasucks, but I bet it wouldn't pass peer review.

However, the precedent is set:


n 2005, a beetle fancier, professor Quentin Wheeler, and his student Kelly Miller named a bunch of slime mold-eating beetles after President George W. Bush and some prominent members of his Cabinet: Agathidium bushi, A. rumsfeldi and A. cheneyi.

Some of Wheeler's liberal colleagues assumed that this was not a compliment — slime, after all, being slime. But Wheeler says he's been a lifelong Republican, and to prove his good intentions, he named one of the beetles after his wife.

Hmm. What are the chances a biologist was a voting Republican, about 1 in 100? There's a lot higher probability he hated his wife.


One day, Wheeler was sitting in his office as Keeper of Entomology at London's Museum of Natural History — he'd moved to Britain for the job — when the phone rang. A female voice asked him to hold on for the president of the United States.

Bush said he was honored; Wheeler blushed — as well he might, because he had named another beetle in the series, a small, black one with a helmet-like head, A. vaderi, after Darth Vader, Dark Lord of Sith.

When you name beetles, you can honor whom you please.

There are a lot of beetles to name.

Wombat-socho checks in from the heat of Las Vegas with "Rule 5 Sunday: Showgirls and Other Attractions."
Posted by Fritz at 6:00 AM