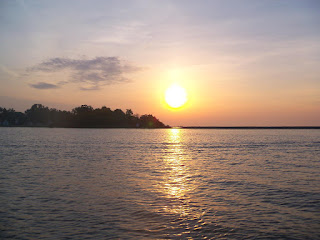 I got a call from Walleye Pete last night. It seems a client had canceled a fishing date, and he wanted me as crew for commercial hook and line trip. I met him and Mike, another "frequent fisher" in Deale at Paradise Marina at 6 AM, and left shortly afterward. 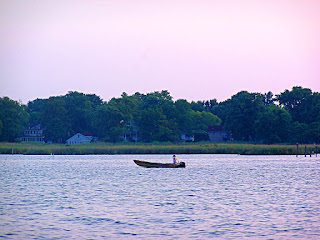 Pete is fishing in the upper middle bay this year instead of the southern middle bay because that's where the fish are. I think it's because when they are in low numbers, they need to crowd together in one area to school up and fish effectively. Just a theory. 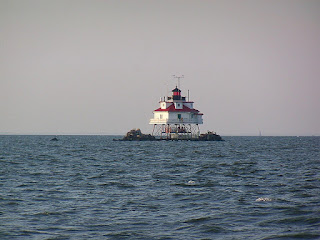 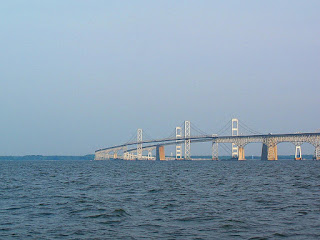 
The Chesapeake Bay Bridge (commonly known as the "Bay Bridge") is a major dual-span bridge in the U.S. state of Maryland. Spanning the Chesapeake Bay, it connects the state's rural Eastern Shore region with the more urban Western Shore. 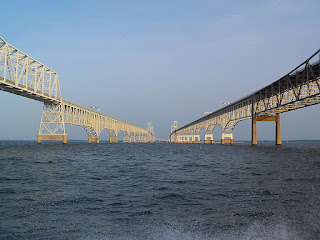 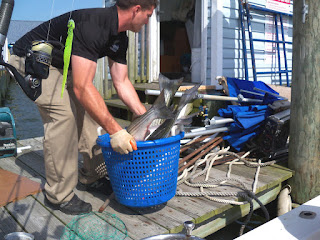 The original span opened in 1952 and with a length of 4.3 miles (6.9 km), was the world's longest continuous over-water steel structure; the parallel span was added in 1973.

No pictures of fishing. I was just too busy. It was harder than Pete expected, but we managed to catch over 30 fish, several over 10 lbs, and Pete mad more money than he would have guiding. 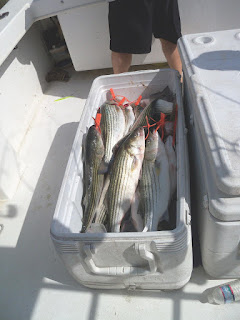 Striped Bass are sold in 3 grades; 2-4 lbs (basically 18-20 inch sized fish) for about $3/lb, 4-8 lb fish for about $4/lb, and 8+ lb size fish for $5/lb). We had six fish in the largest size class, when we checked them in at "Skippers" restaurant, bar and fish check in/buying station. Fresh rockfish on the menu tonight. 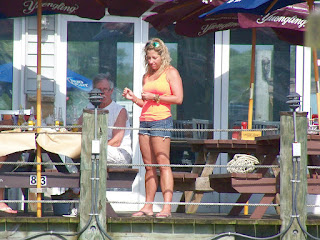 And you can even feed the ducks.
Posted by Fritz at 7:49 PM