So Where Did I Hide the Chocolate Bars?

Dark Chocolate Could Improve Memory By 25%, But You’d Have to Eat Seven Bars a Day


Dr. Scott A. Small, a neurologist at Columbia University Medical Center, led the study, which was funded by the chocolate company Mars, the National Institutes of Health, and two other research foundations. The results were published yesterday in Nature Neuroscience.

When healthy people ages 50 to 69 drank a mixture high in cocoa flavanols for three months, they performed about 25% better on a memory test. 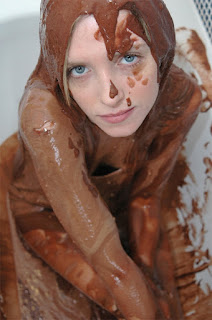 That would raise my chances of remembering our anniversary to what, 12.5%?


The findings support recent research linking flavanols, especially epicatechin, to improved blood circulation, heart health and memory in mice, snails and humans. But experts said the new study, although involving only 37 participants and partly funded by Mars Inc., the chocolate company, goes further and was a well-controlled, randomized trial led by experienced researchers.
Besides improvements on the memory test — a pattern recognition test involving the kind of skill used in remembering where you parked the car or recalling the face of someone you just met — researchers found increased function in an area of the brain’s hippocampus called the dentate gyrus, which has been linked to this type of memory. 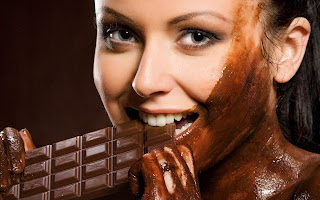 
While the study supports the idea that cocoa flavanols help reverse age-related memory decline, it probably won’t ward off Alzheimer’s. The participants didn’t show any marked difference in the functioning of the entorhinal cortex, which is impaired in patients with Alzheimer’s disease. The distinction shows that age-related and Alzheimer’s-related memory loss are not the same thing, and that flavanols won’t have an effect on cognitive disease.

Even if you don’t have Alzheimer’s, though, binging on any old chocolate this Halloween will help you remember where you left your keys. Milk chocolate won’t help since processing usually removes the key flanvanol epicatechin. Eating dark chocolate may not help much, either. To ingest the same amount of epicatechin as the study group, you’d have to consume the equivalent of about seven average-sized bars a day, which would probably invite other health problems.

So why can't we just buy epicatechin?