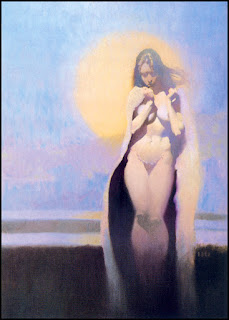 Kennewick Man, referred to as the Ancient One by Native Americans, is a male human skeleton discovered in Washington state (USA) in 1996 and initially radiocarbon-dated to 8,340–9,200 calibrated years before present (BP)1. His population affinities have been the subject of scientific debate and legal controversy. Based on an initial study of cranial morphology it was asserted that Kennewick Man was neither Native American nor closely related to the claimant Plateau tribes of the Pacific Northwest, who claimed ancestral relationship and requested repatriation under the Native American Graves Protection and Repatriation Act (NAGPRA). The morphological analysis was important to judicial decisions that Kennewick Man was not Native American and that therefore NAGPRA did not apply. Instead of repatriation, additional studies of the remains were permitted2. Subsequent craniometric analysis affirmed Kennewick Man to be more closely related to circumpacific groups such as the Ainu and Polynesians than he is to modern Native Americans2. In order to resolve Kennewick Man’s ancestry and affiliations, we have sequenced his genome to ~1× coverage and compared it to worldwide genomic data including the Ainu and Polynesians. We find that Kennewick Man is closer to modern Native Americans than to any other population worldwide. Among the Native American groups for whom genome-wide data are available for comparison, several seem to be descended from a population closely related to that of Kennewick Man, including the Confederated Tribes of the Colville Reservation (Colville), one of the five tribes claiming Kennewick Man. We revisit the cranial analyses and find that, as opposed to genomic-wide comparisons, it is not possible on that basis to affiliate Kennewick Man to specific contemporary groups. We therefore conclude based on genetic comparisons that Kennewick Man shows continuity with Native North Americans over at least the last eight millennia. 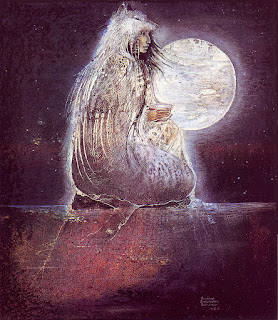 So that's the dry, scientific abstract. For the long, and more political side of the story we turn to the Washington Post:  DNA links Kennewick Man to Native Americans


Last year, scientists published a comprehensive book, co-edited by Smithsonian Institution forensic anthropologist Douglas Owsley, which concluded that Kennewick Man appeared to be more closely related to the indigenous Ainu people of Japan and today’s Polynesians than to modern Native Americans. Owsley and colleagues said he came from the frozen north; he conceivably was born in Siberia, descended from a population of coastal-dwelling East Asians that not only reached North America but also gave rise to the Ainu and the Polynesians.

But on Thursday, a report published in the journal Nature rejected that scenario, citing the first analysis of genetic material extracted from Kennewick Man. He was, the report said, a Native American after all.
The genetic findings could have legal ramifications in the long battle between scientists, who say the 8,500-year-old remains are a national scientific treasure, and Native American tribes that claim the mystery man as an ancestor and seek to rebury him.

“We have maintained the belief that the Ancient One is, in fact, one of us, so we’ve never strayed from that theory. So it is good news,” said Jim Boyd, chairman of the Confederated Tribes of the Colville Reservation. The report linked the remains to the Colville tribes. 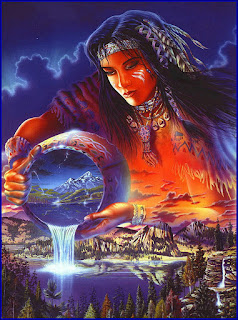 So this is probably the end of the Kennewick Man story. The tribes will probably win the next court battle, get the remains of the remains, and bury them in a secret ceremony somewhere they can finish moldering away.

And that's OK. Scientists have the DNA, and probably 3D computer images of the bones, and all the isotopic evidence. Any new information on the prehistory of the American Indians will probably have to come from new evidence.

Wombat-socho has the weekly compendium up at The Other McCain: "Rule 5 Sunday: Pipe Dreams."
Posted by Fritz at 8:58 AM