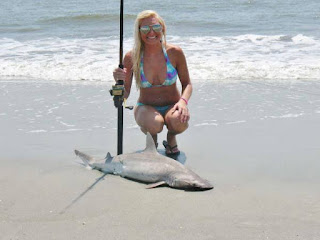 Two violent shark attacks in quick succession on a North Carolina beach during the weekend might have Virginians wondering if the same thing could happen here.

But shark experts in Hampton Roads say the likelihood is almost nonexistent. 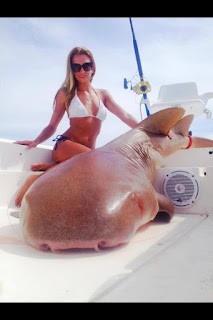 "Almost nonexistent" is not the same as "totally nonexistent", which is kind of redundant. It's unlikely that you'll be hit by lightening either, but that's no reason not to come in out of the rain.


"The sharks we have around here, 99 percent of them are virtually harmless," said Chris Crippen, aquatics curator at the Virginia Living Museum in Newport News.

"They could inflict a bite, but they avoid humans at all costs," he said. "In fact, we have sharks and we cycle them through the aquarium, but they're actually quite timid. They're intimidated by other larger fish species that we have in the tank." 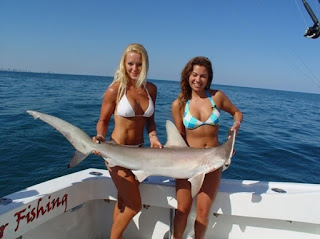 I doubt that very much; I imagine that by and large they go about their sharky business with very little regard for humans one way or another.


"I know sharks very well," said Beth Firchau, curator of fishes at the Virginia Aquarium and Marine Science Center in Virginia Beach. "I take care of them every day. They're my passion. I think they're a fantastic animal. I can't get into their mind, but I can understand their behavior and the results of their behavior.

"It is likely that they do confuse a flashing foot or a flopping hand at the surface for a fish. But we need to remember they may be confusing us for food — they are not looking to us as food. And I think that's important when you're trying to find the demon in this story, if you will. It's really being in the wrong place at the wrong time." 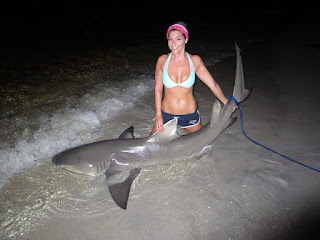 They go on to list some sharks in Virginia waters:


•Sandbar shark — the most common shark in the bay. It's found in the Atlantic Ocean from Massachusetts to Brazil.

•Bull shark — a close cousin to the sandbar shark, but more aggressive. Many shark attacks are attributed to the bull shark, which ventures as far north as the Patuxent River, although the Chesapeake Bay Program says it's not considered a "significant threat" to human safety.

•Sand tiger shark — a common visitor to the lower bay in summer and fall, most often feeding along the bottom of the estuary and active at night. With its jagged teeth and size, it looks dangerous, but there have been no recorded attacks on humans. 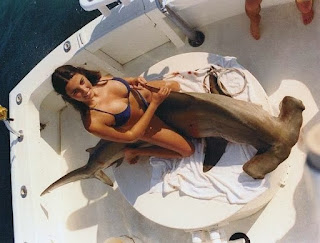 Bull sharks are considered one of the most dangerous of shark species, not so much because of their aggressiveness, as because they are ubiquitous, travel into brackish and murky waters and test items edibility by biting it. And they do range up into Chesapeake Bay.

And then, of course, there is Mary Lee, the 16 ft 3000 lb Great White Shark who prowls most of the Atlantic seaboard, not respecting state lines at all.