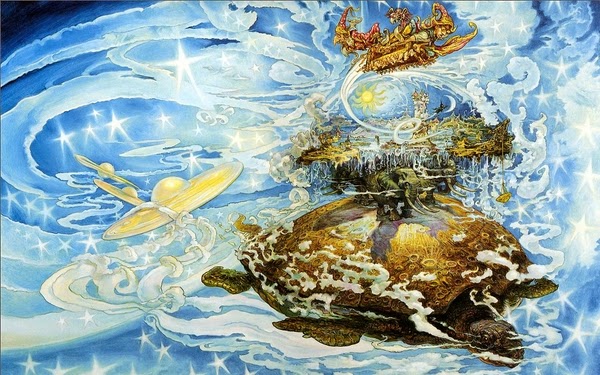 
The writer Terry Pratchett, who took millions of readers on a madcap journey to the universe of Discworld, has died aged 66.
The announcement came in typically irreverent manner on the author’s Twitter feed, with a series of tweets beginning in the voice of his character, Death: “AT LAST, SIR TERRY, WE MUST WALK TOGETHER.” 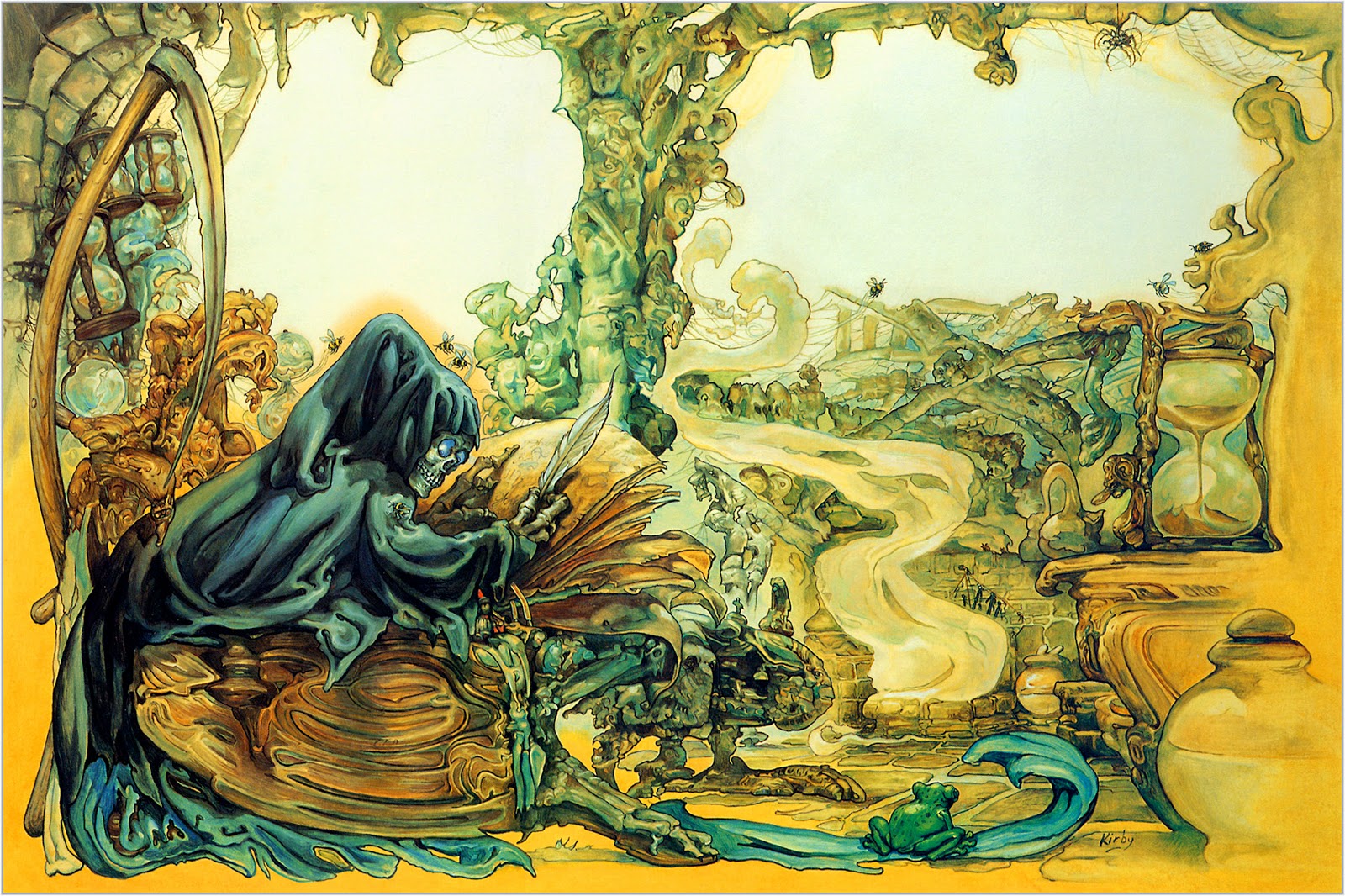 According to the Discworld stories, the flat world sits on the back of a giant turtle in the cosmos. See above in one of Josh Kirby's classic illustrations of the series.


“Terry took Death’s arm,” the following tweet read, “and followed him through the doors and on to the black desert under the endless night.” 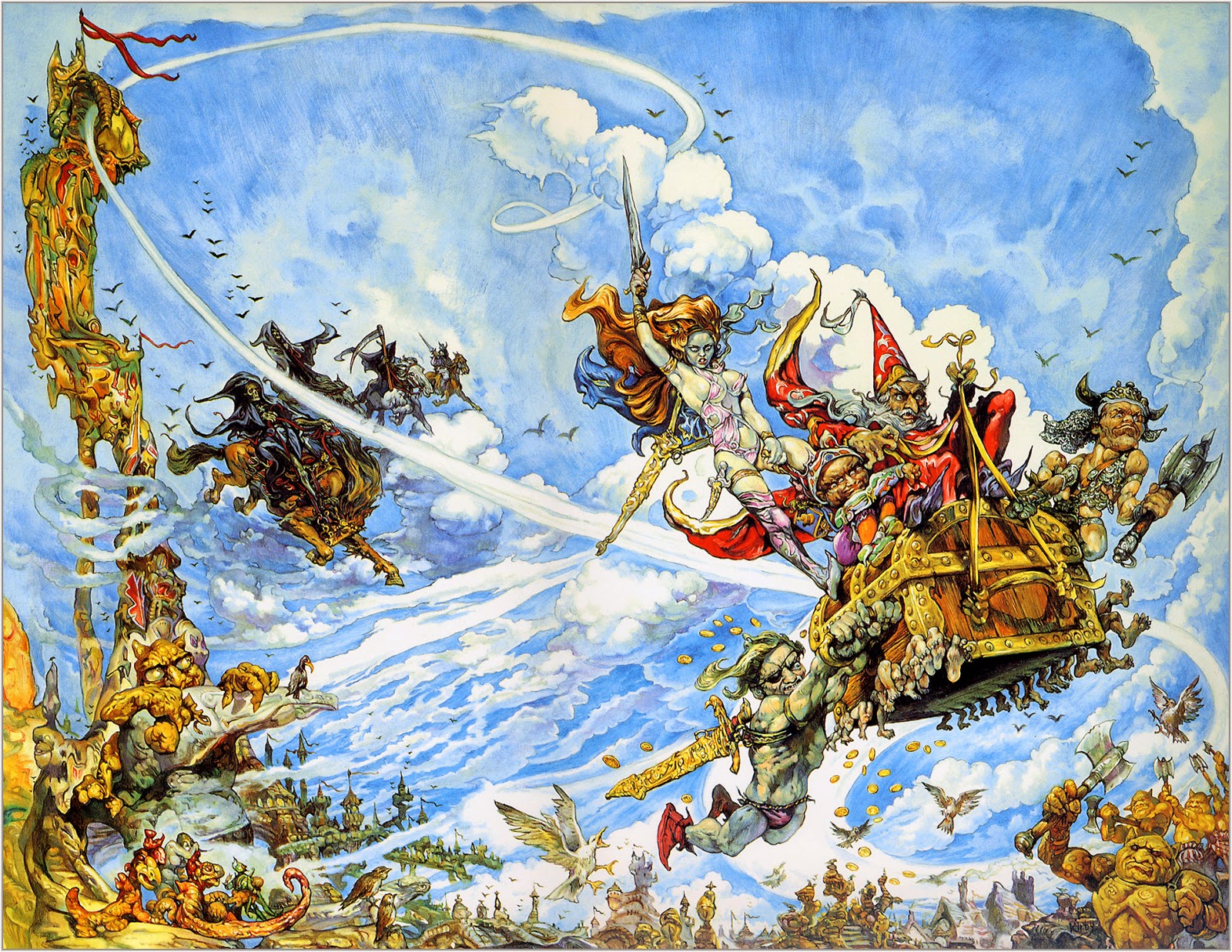 Death was a prominent character in the Discworld saga.

In over 70 books, Terry enriched the planet like few before him,” Finlay said. “As all who read him know, Discworld was his vehicle to satirise this world: he did so brilliantly, with great skill, enormous humour and constant invention.” 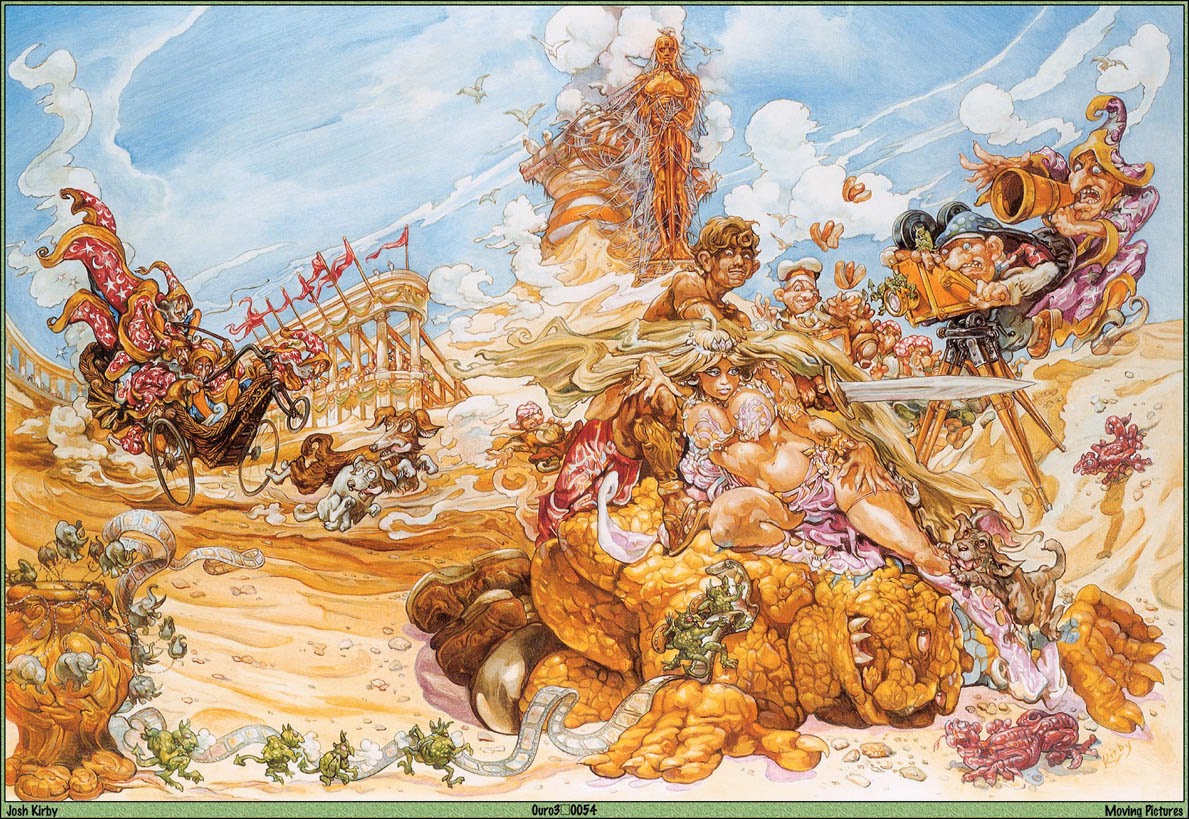 It's been some years since I read one of the Discworld books, but I remember enjoying them immensely. But somehow I couldn't keep up and lost track. Maybe I'll try to find a few more.


The author died at his home “with his cat sleeping on his bed, surrounded by his family” on Thursday, said Finlay.

Pratchett announced his diagnosis with early onset Alzheimer’s disease in 2007 – calling it “an embuggerance”. He pulled out of a planned summer Discworld festival earlier this year, saying “the Embuggerance is finally catching up with me”. 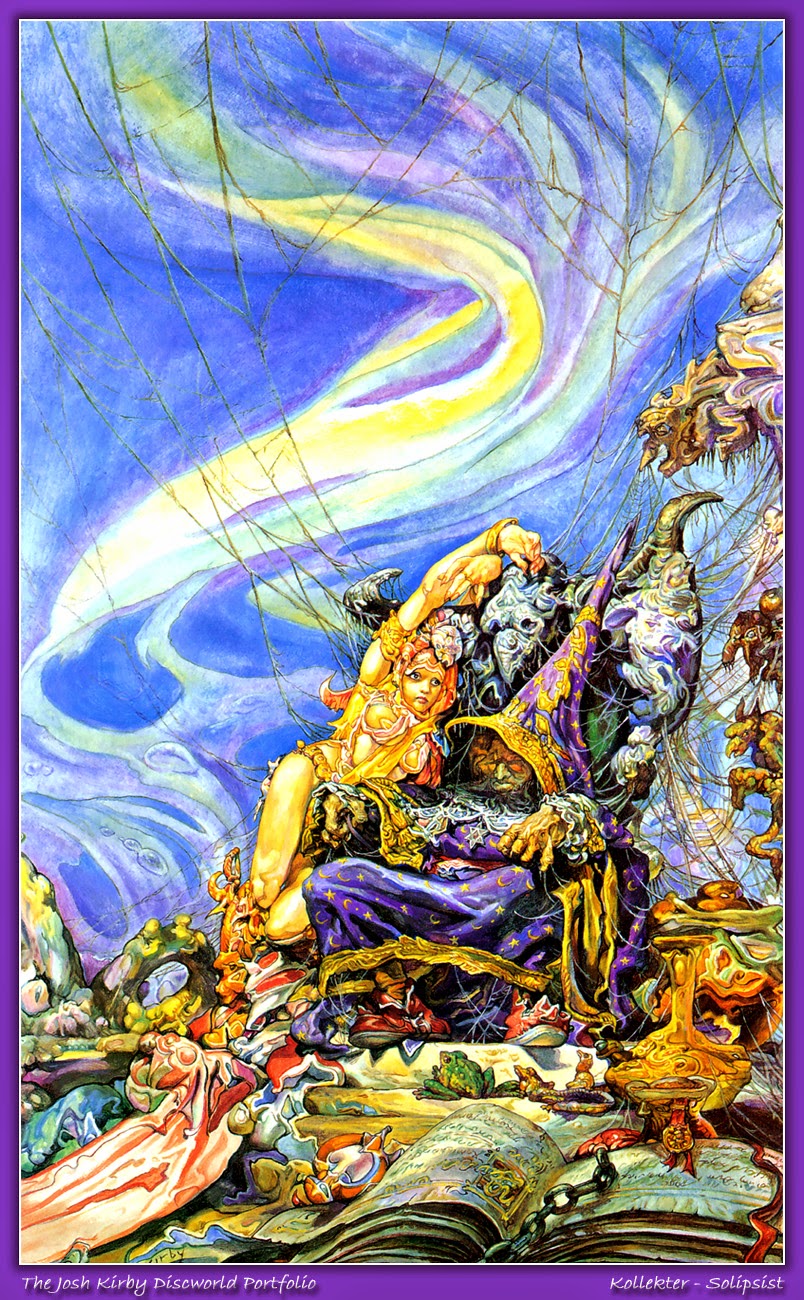 That's much too young, and much too awful a way for a thinking man to die.


With more than 75m copies sold around the world, Pratchett became one of the UK’s most-loved writers after the publication of his first Discworld novel, The Colour of Magic, in 1983. The 40th, Raising Steam, was released last year, with the writer completing recent work using voice-recognition software.